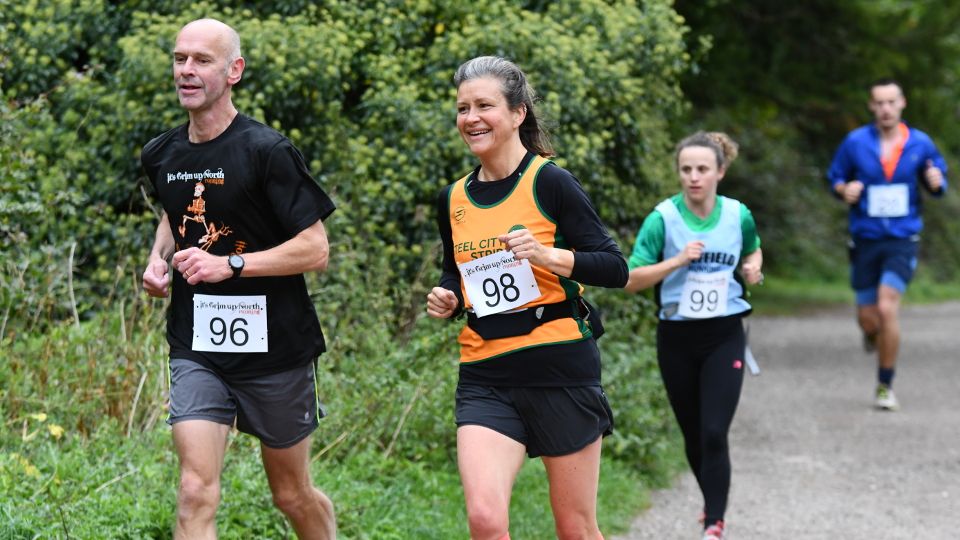 Running to order at Roche Abbey

Caths Cakes made a welcome return at this trail fest

Roche Abbey Autumn Trail (Sunday 27 September) is a jewel in the It’s Grim Up North Running (IGUN) crown with its choice of distances, mixture of terrain and stunning countryside. This was still the case at this Covid-secure event where runners tackled hills and nettles as they completed multiple laps in and around the ruins of the 12th century Roche Abbey.

A Grade II listed building, Roche Abbey is described as a: “Fabulous hidden gem often overlooked as a place to visit in South Yorkshire”. It received a stream of visitors on Sunday as over 130 runners passed under the Gothic arches before continuing on their way in their chosen distance whilst practicing social distancing.

Groups of six started every 5 minutes and made their way round on forest tracks, grass, cobbles, gravel and through fields. There was a small section of road and pavement and stepping stones to cross and hills to climb. There were more than a few nettles which is where calf guards or long socks proved to be useful.

Jonathan Frary was first male in the Ultra, finishing in 4:22:48.

Over in the Half Marathon, Jarrod Gritt of Royton Road Runners took first place in 1:24:24. Kat Wisniewski the first female in 1:56:29.

There was a treat in store for all the finishers who received one of Cath’s famous homemade cakes along with a bespoke medal, chocolate and beer in their goody bag. A sweet ending to the day.