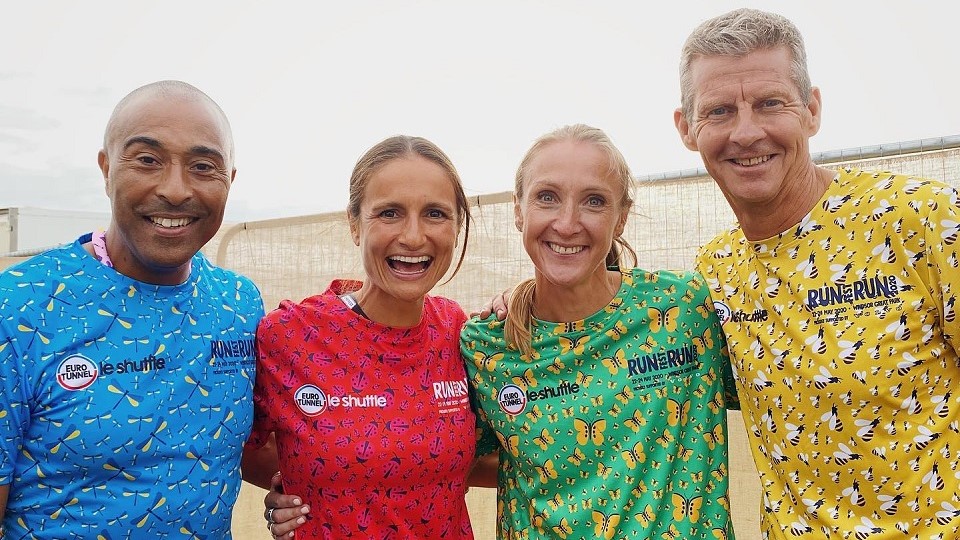 RunFestRun was the place to be this August Bank Holiday weekend. With an irresistible lineup of live bands and an irrepressible cast of celebrity runners, RunFestRun provided a unique mash-up of music, motivation and mobility in the form of running for all ages and abilities.

The event was the brainchild of Chris Evans and the venue has been home to CarFest South for the past eight years. The 2,500 acres of rolling Hampshire countryside provides ample space for camping and the numerous race routes for RunFestRun, from 2.5kms for kids to a half marathon finale on Sunday (29 August).

DJ, broadcaster and Virgin Radio host Chris Evans has helped to raise millions for UK-based children's charities through his festivals and running exploits, including such classics as the Virgin Money London Marathon on five occasions, with a best of 4:41:06 in 2017.

Thousands of runners rocked up for the festival, eager to learn from the stars and to be entertained each evening by headline acts such as Rick Astley, All Saints, James Blunt, McFly, and Texas.

As the host, Chris Evans had said: "Learn from your heroes, be inspired, be star-struck, learn new tips and improve your running with help from experts and passionate runners. Each and every one of them has a special relationship with running and they want to share it with you."

Competitors and festival goers paid tribute to the arrangements, including pristine portaloos and hot showers, great trail routes, and spacious campsite as described by RunFestRun first-timer Emma Holford: "Lovely chilled, relaxed, safe feeling environment. Great being with thousands of other like-minded folks, too. Plenty of space to sit and chill out".