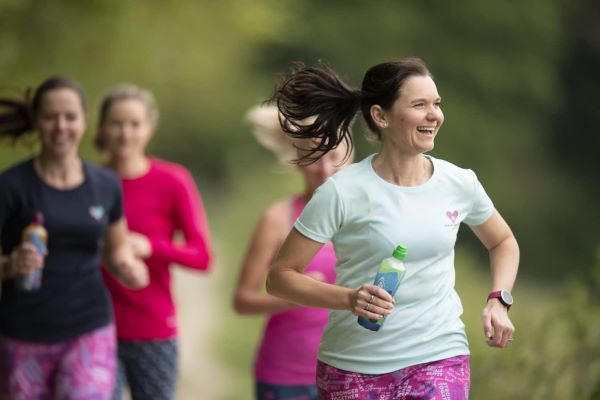 The exponential growth of online running community Run Mummy Run has brought founder Leanne Davies to the notice of the Lucozade Sport Movers List launched on 4 September. Starting with three like-minded women in 2012, Run Mummy Run's community now boasts over 62,000 members and is renowned for its immense support to females of all running abilities.

Run Mummy Run was voted Best Online Community at the 2017 and 2018 Running Awards. Now its Surrey-based creator, Leanne Davies, has been recognised as one of 50 outstanding people whose volunteering, charity work or dedication to sport and exercise has inspired local communities to move more.

New research from Lucozade Sport shows 75% of people have made a conscious effort to exercise more regularly and for longer in the past year. The reasons for exercising are no longer simply to keep fit, with many now taking up activities to improve their mental health and wellbeing, reduce stress, meet new people and do social good.

The research also highlights that people are more likely to stick to regular sport if they are part of a group, as opposed to being on their own, and so the list hopes to inspire people to find their own community and move more.

Run Mummy Run is so much more than an online forum. It also has its own online clothing store and members can be spotted at events and races all over the UK and abroad wearing the brightly coloured kit. Leanne co-authored the first Run Mummy Run book, ‘Run Mummy Run: Inspiring Women to be Fit, Healthy and Happy’ which was published in January last year.

Leanne Davies said: “I am thrilled and honoured to be included in the Lucozade Sport Movers List and can’t wait to see the campaign evolve over the next few months. It is great motivation for people to get active and enjoy the many benefits that an active lifestyle can bring. Many thanks to Lucozade Sport for recognising me and the work Run Mummy Run is doing.”

Find out more about the Lucozade Sport Movers List here, including 11 nominated runners.