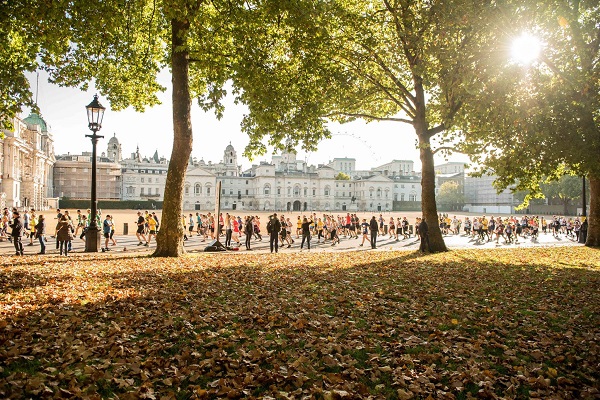 Royal Parks Half gets even greener

Already considered to be the greenest race in London, the Royal Parks Half Marathon plans to be one of the first major running events in the UK to go plastic free. Up to 16,000 competitors will run through the capital’s spectacular green landscapes on Sunday 13 October without a single-use plastic bottle in sight.

Now in its 12th year, Royal Parks Half Marathon will take runners through four of London’s eight Royal Parks: Hyde Park, The Green Park, St James’s Park and Kensington Gardens. The route will also afford superb views of famed London landmarks such as Buckingham Palace, Trafalgar Square and the Houses of Parliament.

More races are extolling the virtues of their green credentials when it comes to the vital support of athletes on course and at the finish but where Royal Parks Half Marathon breaks new ground is by extending a new environmental policy to all their partners, exhibitors and sponsors, thus reinforcing the commitment to make the race as sustainable as possible.

The green initiatives introduced to the festival site include no single use plastic distributed, all plates, cutlery and food wrapping must be made from a compostable material, no products containing palm oil used on the event site and no balloons or leaflets anywhere on site.

For the first time since the race was started in 2009, plastic bottles will be completely eliminated from the route. Runners will be offered bio-degradable cups at water stations and are being encouraged to bring reusable water bottles with them on race day.

Persephone Deacon-Cole, Project Lead at Royal Parks Half Marathon said: “We recognise, as guardians of 5,000 acres of incredible Royal parkland, it is our responsibility to prioritise the environment in everything we do, which includes the Half Marathon. We made a commitment to remove all plastic bottles from the course and festival site, which we will accomplish this year at the 2019 race.”

She added: “We need everyone to play a role in helping us to be the greenest half marathon. This includes runners, charities, sponsors, and vendors. Response to our commitment has been overwhelming. We surveyed our runners last year and 64% said they would consider the environment and sustainability when choosing a race. The Royal Parks Half is engrained in the social fabric of this city and we’re proud to be taking the lead in prioritising the environment.”