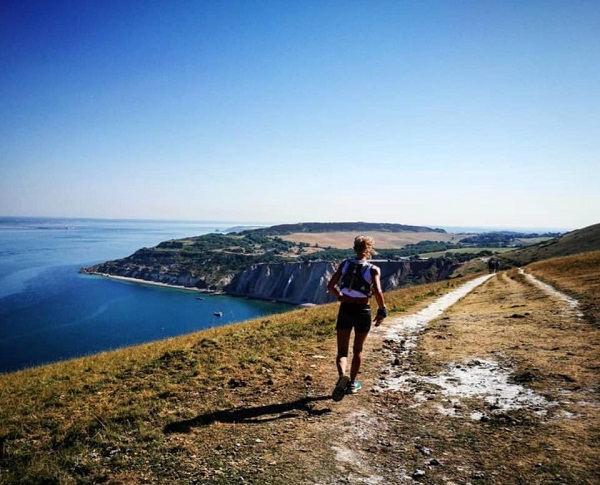 Two days, 70 miles, 70 endurance athletes. Those were the bald statistics from an extraordinary weekend at the XNRG Round the Island ultra-marathon on 7-8 July.

The island in question is the Isle of Wight, famed for its sandy beaches, seafront promenades, dinosaur remains and on the island's western point, The Needles chalk rocks that are guarded for good reason by a 19th-century lighthouse.

The Round the Island is a regular walking and running route and is normally split into several bite-sized chunks to make the undulating and testing IOW Coastal Path more achievable but the XNRG event is a strict two-day challenge.

The course has been classified as a qualifying race for Ultra Trail du Mont Blanc with four points being awarded to all finishing runners – there were 55 of those back at Cowes High School on Sunday.

The full course event prizes of free entry to the same event in 2019 went to the first and second athletes to cross the finish line as there were some impressive performances by the female competitors.

The next three finishers were all in the over-40 age group, showing the benefit of experience in endurance racing. Swindon Harriers' Justin (11:10:57) and Melissa Montague (12:22:25) stayed ahead of Giles Humphreys-Evans (12:52:12) throughout the competition to underline the talent within the Montague family from Wiltshire.

Steve Duffy (24th, 16:38:50) summed up the event on Twitter: “Huge thanks to @ExtremeEnergyUK for organising just the most incredible event this weekend. 70 miles around the Isle of Wight - brutal, but absolutely amazing!”