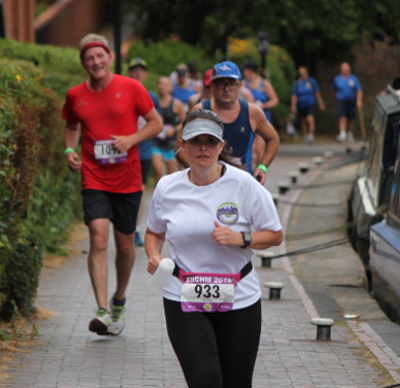 Hot And Cold In The Black Country

Saturday’s (7 July) hot Birmingham Black Country Half Marathon saw an altruistic display from a group of ice maidens and their chilled offerings were warmly received.

These ladies prevented a large number of runners from overheating thanks to the ice and watermelon which they handed out at mile 11. Rising temperatures and an incident with one of the floating water stations resulted in a greater need for fluids and ways to keep cool.

The organisers had arranged for five water stations placed every two to three miles; unfortunately, one of these – a canal boat manned by volunteers from the Birmingham Canal Network Trust experienced a mechanical failure on its way to the 6-mile point. The ice ladies along with a local pub, the Barge and Barrel which provided cold drinks, stepped into the breach and helped to save the day.

It was the 11th outing for the Birmingham Black Country Half Marathon from StuWeb in conjunction with the Stroke Association. This race differs from other half marathons in that it is based upon a time trial format with seeded start times for the runners. They followed a scenic route along canal towpaths that included the 360m Coseley Tunnel which began in Wolverhampton and ended in Brindley Place, Birmingham.

The heatwave didn’t prevent Martin Williams of Tipton Harriers from winning in 1:16:16, over two minutes ahead of Gary Whitehouse who came second in 1:18:28. Nick Lewis of BRAT was third in 1:20:37.

Every finisher received a bespoke medal and a vest, the latter an appropriate item in the conditions.