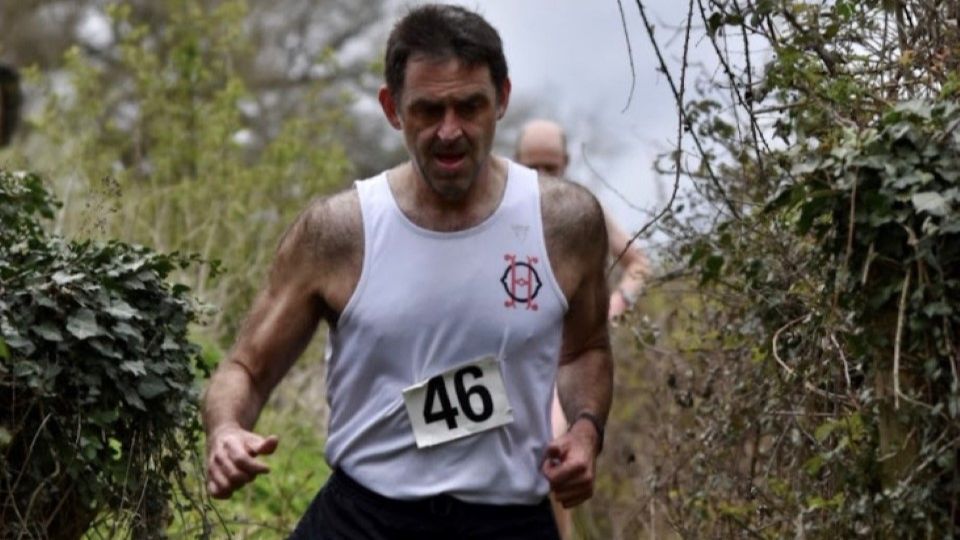 From cue tips to running tips for world snooker champion

Earlier this week we tested your sporting trivia knowledge on social media by asking: "Which M45 member of Orion Harriers, with best times of 18:08 for a parkrun and 34:54 for 10K, who finished 98th in 20:23 in the Chingford League 5K last month, has just won a world championship?"

The answer, of course, is 46-year-old Ronnie O'Sullivan, who became the oldest snooker world champion in history and finally cemented his status as the greatest player of all time by taking a record-equalling seventh title in the cauldron of the Crucible Theatre in Sheffield on Bank Holiday Monday (2 May) having won his first world trophy 21 years ago!

In his post-match interviews, 'Rocket' Ronnie paid tribute to sports psychiatrist Professor Steve Peters – an elite Masters sprinter with many world titles and records on the track – for helping him with his focus. And the proud Chigwell family man also mentioned how important his fitness, running, and gym work are in his pre-match preparations.

The snooker world championship lasts for 17 days and is surprisingly physical, with long hours on the feet and a great deal of stretching required to get into the perfect position for those stunning pots and snooker escapes.

Although best known as a first claim member of Woodford Green with Essex Ladies, Ronnie has represented his second claim club, Epping Forest-based Orion Harriers for most of his competitive career since 2005, during which he ran 34:54 to finish 19th in the Caen 10K in France in June 2008.

The nickname 'Rocket' was earned early in his snooker career due to his speed around the table – one of the fastest players ever for average shot time – but might equally be relevant to his approach to running. Ronnie simply isn't excited by going for a relaxing jog to unwind between tournaments as he feels the constant need for speed, even in his running training.

Despite the risk of injury – and he did break his ankle while running in 2014 and had to play snooker in his trainers for a while after spraining his ankle in 2017 – Ronnie enjoys the rough and tumble of cross country and has competed in the Essex and Southern Championships and is a regular in all weathers in Chingford League and Metropolitan League XC fixtures.

Ronnie O'Sullivan has spoken openly about how running has helped him come to terms with his father's imprisonment; his addictions to alcohol and drugs and consequential weight gain reaching 15 stones, and his battles with mental health throughout his career. Throughout all the turbulence in his life, running has been a thread of consistency and balance, to the extent that in his 2013 autobiography, Running, he called it: "My religion, my belief system."