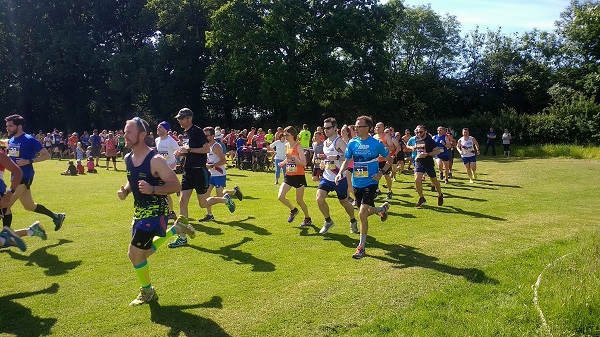 First Choice For William At Romsey 5

There was beer, cake, sunshine and the small matter of five miles to run at the succinctly named and perfectly formed Romsey 5 Mile Beer Race on Sunday (3 June). Southampton AC provided the first two men's finishers and Lordshill Road Runners claimed first place in the women's race as the Hampshire neighbours dominated this much-loved local race.

The Romsey course starts on Braishfield's cricket field and finishes 500m away at the village recreation green. Between these points there is a two-lap course on quiet, country lanes and entries are restricted to 400 as the route is narrow in places.

Organisers Romsey Road Runners are supported by local brewery Flack Manor and Up and Running, Southampton. The former ensured all runners were suitably hydrated after the race with a pint of their award-winning, cask brewed beer that uses the traditional 'double drop' method. The latter were voted UK's best national retailer in the 2017 Running Awards and the local store is based at Chandler's Ford.

All finishers also receive a first come, first served choice of wonderful home made cakes and first to select from delights such as pineapple, lemon drizzle, golden syrup, rich fruit or chocolate cake were Southampton's William Bryan (27:34) and Daniel Baker (28:30). Also inside 30 minutes were Lordshill's James Fanning (28:52) and David Reynolds (29:52).

Events were concluded with the annual fun run on the recreation ground, where the girls beat the boys as the top three were under-14s Eve Bailey (3:25), Eleanor Bailey (3:34) and Toby Parton (3:45), with under-10 Sam Kelly (3:46) finishing fourth.