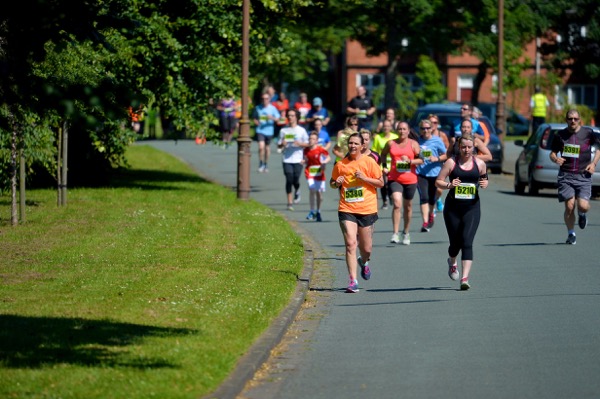 The Port Sunlight Village Road Race returns on Sunday 17 June and for 2018 the event is adopting the theme of flower power. Entries for the race, which encompasses 5K, 10K, and a 1K Fun Run, remain open, with over 2,000 competitors anticipated to make their way to the picturesque village.

With last year’s event showcasing the Port Sunlight Village in full bloom due to the scorching weather conditions, organisers have decided to celebrate the natural beauty of its host location on the village's 130th the anniversary with a nod and a wink to the Flower Power era of the 1960s.

Race organiser Alan Rothwell explains further: “With a nod and a wink to the Flower Power era of the 1960s, we’ve taken the theme through across the race numbers, T-shirts and medals. The groovy green 5K T-shirts and sunshine yellow 10K T-shirts will make finishers’ look cool on a hot summer’s day. And we’re encouraging runners and spectators to channel their inner Austin Powers and dress up on the day.”

The day’s soundtrack will also be themed, and runners have been asked to suggest their favourite songs from the Swinging Sixties era to be played on the day. Both races take runners through Port Sunlight’s tree-lined boulevards in what are the prettiest events in the UK.

The sixth annual staging of the race is organised and delivered by BTR Liverpool, in conjunction with Port Sunlight Village Trust (PSVT). Unilever is supporting the race day for a fifth consecutive year. It’s a big year all around for Port Sunlight with the 130th anniversary of its founding. To mark the milestone, a team of 130 runners from Unilever Port Sunlight will be pulling on their running shoes.

Registration for the Port Sunlight 5K and 10K is available here.