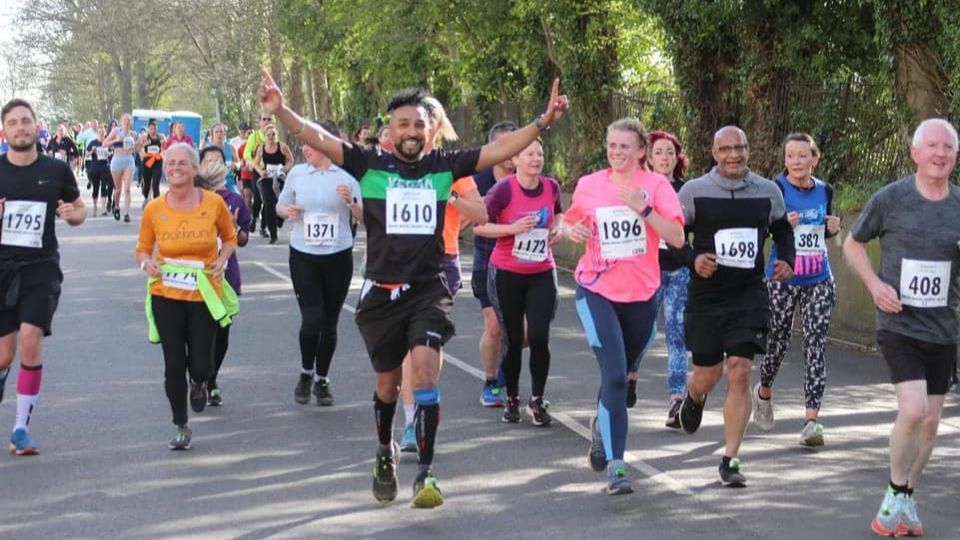 All fine and dandy at the Regency 10K

Plenty of support and PB’s at this well organised event.

The weather was an improvement on last year’s conditions at a dry and sunny Regency 10K (Sunday 10 April). This was one of several highlights at a race that delivered and more, with many runners vowing to return in 2023.

Heavy rain was a feature of the 2021 race but what a difference a year makes as over 1,300 runners basked in sunshine and applause. They along with marshals and spectators had a ‘grand day out’ in the Georgian town of Royal Leamington Spa where they enjoyed the weather, the atmosphere and the location.

Runners mingled at Newbold Terrace East before lining up, ready to start at 9am. Away they went to clapping and cheering on a course that was a mix of bridlepaths and roads; around a former golf course, back into the town centre, through Jephson Gardens and Victoria Park before finishing in Mill Gardens in front of enthusiastic crowds.

Callum Hanlon of Leamington C & AC was the winner in 31:44 with Ben Kruze of Stratford-upon-Avon AC second in 32:05. Hanlon’s teammate Frazer Knowles was third in 33:30.

Jessica Saunders of Belgrave Harriers was the first female in 37:39. Natasha White of Northbrook AC was second female in 38:09 and Megan Blake of Leamington C & AC third in 39:32.

It was a good day’s work for Leamington C & AC, picking up a first and third (men) and third (women).

View all the results at via runABC Midlands Race Listings page.

There were PB’s for more than a few finishers and others delighted to have completed their first 10K (or first post-Covid race!).

A vote of thanks to Leamington Round Table and Spa Striders and others involved in this successful event. Entries for the 2023 Regency 10K open soon so watch this space!