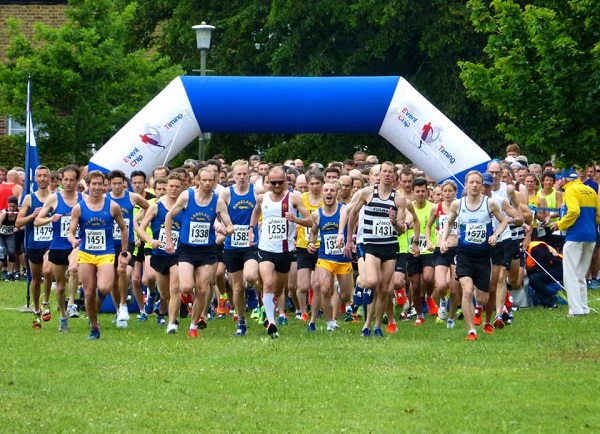 Ranelagh Harriers have been running since 1881 so they know how to put on a race. Ranelagh Harriers' Richmond 10K started in 1981 as the Dysart Dash as part of the club's centenary celebrations and is now an annual sell out with 600 competitors.

Conditions were good for Sunday's (16 June) race, won by Ollie Garrod (South London Harriers, 32:22) who was prominent from the start, as our picture above shows. Garrod (#1255) stands out from the crowd in his white vest, long socks and sun glasses and he is a colourful character with a 5K record dressed as Batman (16:15) as part of a global record for first finishes in parkruns!

Garrod was successfully defending his Richmond 10K title but was well short of the current course record held by Phil Wicks (Belgrave Harriers, 30:30) since 2016. The course was revised in 2010 and now starts and finishes in Riverside Drive, with an improved running surface.