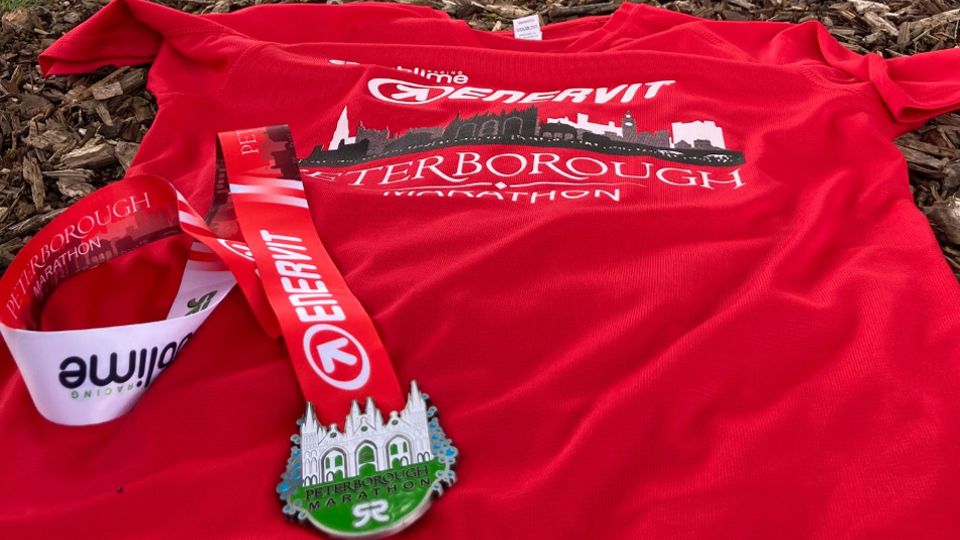 Race Makers made it a special day.

A pat on the back for everyone involved in making Sunday’s (23 May) Enervit Peterborough Marathon a day to remember. The course lived up to its billing although the slippery section at the end proved to be a test of runners’ footwork skills.

Over 500 runners took part in this Covid-secure race that ticked all the boxes in terms of the route, marshal support, medal and t-shirt not forgetting the post-race cheese puffs that received a ‘thumbs up’ on social media.

Race Director Martin Jennings and his team at Sublime Racing had been eagerly waiting for this day to arrive and their hard work and attention to detail came to fruition. Enervit was the title sponsor and Kidney Research UK the charity partner whose purple clad team was at the finish, applauding runners as they came in.

If anyone needed a bit of extra motivation, the ‘good luck’ message the day before from Race Ambassador Jo Pavey was a boost ahead of those gruelling 26.2 miles.

Further encouragement was provided by the event’s Race Makers who went out of their way to ensure people’s safety whilst keeping everyone going, especially the two ladies with green Pom Poms at mile 13. They and the other volunteers clapped and cheered the runners as they followed a very pleasant course around the city that included the Cathedral, Nene Park and the cycle path adjacent to the River Nene.

The tricky part was the muddy stretch on the home straight at Ferry Meadows that required good balance on tired legs but didn’t stop the last gasp dashes across the finish line.

Georgina Schwiening of Cambridge Runners was the winning female in 2:39:25. Katie King of Saint Edmund Pacers was second in 2:57:55 with Georgina Parker of Putney RC third in 3:08:30.

All the results can be found via the RunABC Race Listings page.

Finishers received a medal and a bright red tech t-shirt – the latter proudly worn and displayed in photos on the Sublime Racing Facebook page.