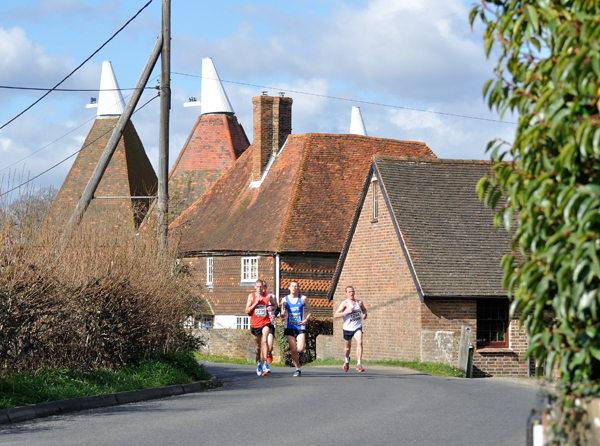 Cool and misty conditions were conducive to fast times as Frank Tickner's 1:05:06 from 2013 survived another onslaught. Torry's convincing victory was the fourth fastest run on the mainly flat course through the Kent countryside and hop fields. Only Tickner, Nicholas Kirui (2014, 1:05:28) and John Gilbert (2018, 1:05:18) have run the course faster.

Nick Torry should be well pleased with his best time since the 2014 Reading Half Marathon (1:04:50) having controlled this race from the start in Eldon Way. The runner-up was his Serpentine clubmate Andrew Greenleaf (1:06:46). Tewelde Menges (Medway & Maidstone, 1:07:18) took the incorporated Kent Championships with a big PB in third place.

There were 2,047 official finishers inside three and a half hours and with 260 completing within 90 minutes and 1,223 home inside two hours this race remains one of the best spring marathon preparation events in the South East calendar.