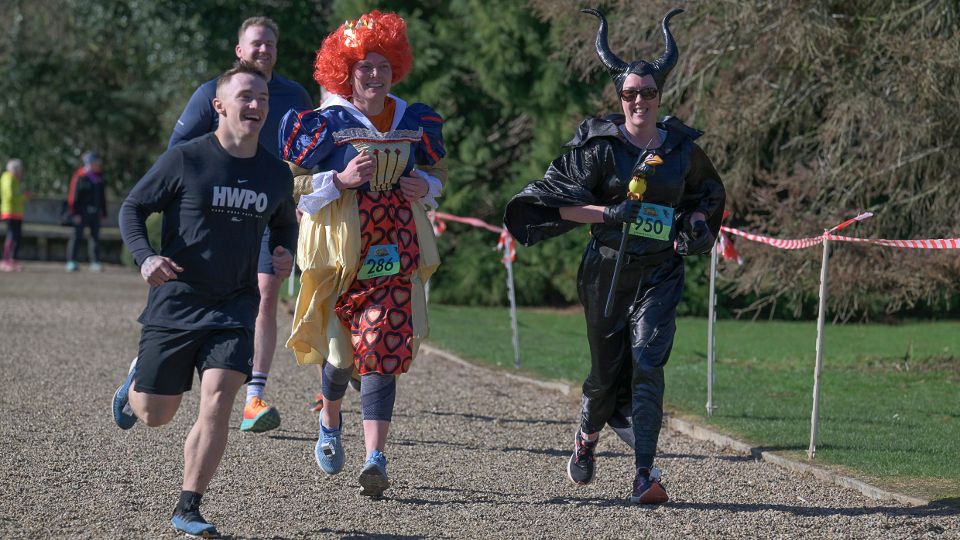 Runners give it their best shot at the Leicester Half

Glorious weather for this closed road race in the grounds of a popular film location.

The Grade I listed Prestwold Hall acted as the start and finish for Sunday’s (27 February) Leicestershire Half Marathon and as a venue for True North Productions who were filming for a TV show. Runners had their moment of fame as well as a PB at this annual event, back in its usual February slot.

One of several Midlands races from organisers RunThrough, the Leicestershire Half Marathon has an unusual course in that it includes a lap of the nearby Wymeswold Airfield along with closed rural roads and a race track. Mile markers ensured everyone went the right way and marshals provided plenty of encouragement.

There were bright, sunny conditions as everyone milled around in front of the stately Prestwold Hall, waiting for the start at 9.30am. Off they went along a gravel path for the first 150 metres followed by the race track, airfield and rural roads – on a course that was mainly flat apart from a the odd undulation. There was also the possibility of being caught on camera as the production company were filming at various sections along the route.

Jason Bennett of Birchfield Harriers was the star of this race and won the 2022 Leicestershire Half Marathon in 1:11:27. Daniel Lloyd of Crewe Nantwich AC took second place in 1:11:38 with Mark Hill of Rugby & Northampton AC third in 1:12:08.

Gemma Hillier-Moses was the leading lady, winning in 1:15:51 and nearly four minutes separating her and Justine Anthony of Cambridge & Coleridge AC who finished second in 1:19:42. Raquel Garcia-Cabrera of Sheffield Tri Club came third in 1:22:25.

View the complete set of results via the runABC Midlands Race Listings page.