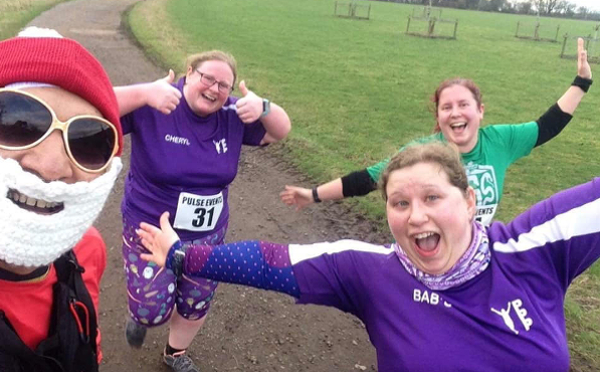 There were lots of laughs and plenty of smiles as runners young and old took part in the New Year’s Day DirtRun (Tuesday 1 January). A Santa tail runner was on hand to jolly things along...

Tail runner LG Taz with his Santa hat and beard kept everyone’s spirits up as they made their way around a scenic off-road course in Worcestershire. National Trust Croome Estate was the venue for this New Year’s Day DirtRun from Pulse Events with a choice of a 5K or 10K route for seniors (16+), a 5K for youths (11-15) and a 2.5K for juniors.

The junior race started at 9am followed by the youth and senior races at 9.30am with canicross entrants five minutes behind the seniors. Everyone headed off from church and followed rights of way through woodland, across fields, along tracks and over bridges before finishing back at the church.

The New Year’s Day DirtRun supported St Richard’s Hospice and £1 from all the senior entry fees donated to the charity.