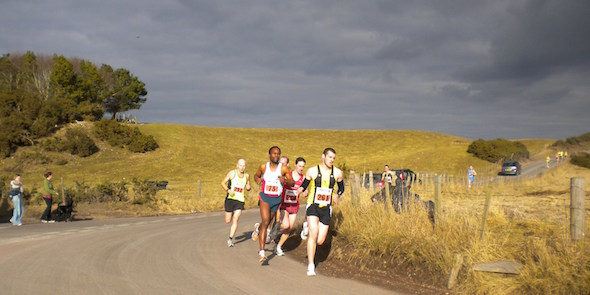 Entries are now open for the first and second of the four qualifying events in Morayshire’s 2019 Northern Scot 10K road race series.

Dates are still to be set and entries opened for Keith & District AAC’s Buckie 10K and the Forres’ Harriers Benromach 10K, which complete the four-part springtime series.

While prizes are awarded after each individual event, overall and age group prizes will also be awarded to the runners with the quickest cumulative times across all four events after the final race at Benromach.

Last year, although hundreds of runners from the north-east and beyond took part in the four races, only 24 runners completed all four events, to put themselves in the position to be named top Northern Scots.

In the end, Moray Road Runners dominated the pool of eligible runners from which the 2018 series winners was drawn. Nearly half of all the runners who completed all four events were from the Elgin club.

U20 Moray runner Grace Whelan claimed the 2018 women’s crown with a cumulative time of 2.49.10. Just over four minutes behind Grace was team-mate and veteran runner Elspeth Jenkins (2.53.51), with Alison Wilson of Inverness Harries finishing third (2.57.09).

Fields for each of the events are small – with just 300 at Miltonduff, for instance – so those hoping to have a crack at the title are advised to plan ahead.