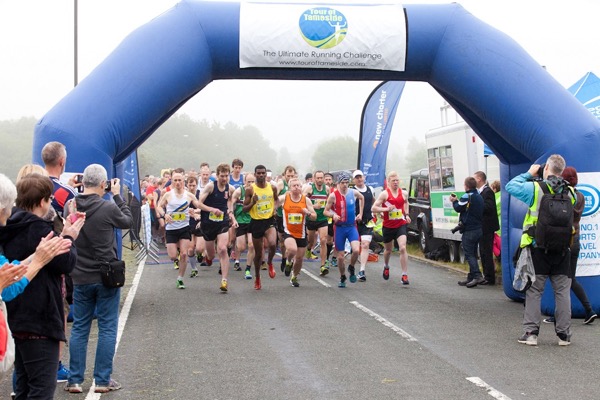 North Of England events in running for top award

Three of the north’s most celebrated endurance events are among the nominations at the 2019 Running Awards. BTR Liverpool’s Tour of Merseyside, the Tour of Tameside and Endure24 Leeds are all included in the endurance category, with voting now open for the 2019 awards.

Launched in 2013, the Running Awards sees the UK running public vote for their favourites in various categories – events, shoes, technology, literature, clothes, nutrition, communities, charities and more. It is adjudicated by an independent and receives around 150,000 votes each year.

Among the nominees in the endurance events category is the Tour of Merseyside, the brainchild of BTR race director Alan Rothwell. The tour is a real runner’s event and has been a massive hit since being introduced in 2013. The 7-day test comprises six separate races, at which competitors cover 52 miles. During its inaugural year, a modest 73 completed the race, with numbers more than doubling to 160 the following year. The Tour is now an annual sell-out.

Organised by Sports Tours International, the Tour of Tameside, founded by Dr. Ron Hill in 1983 was re-introduced in 2015 and quickly regained its reputation as one of the North West's most distinctive events. The Tour comprises four separate stages, all of which offer a different flavour of the sights Tameside has to offer.

The Mizuno Endure24, which also takes place in Reading, is a unique, multi-award winning 24 hour race. Individuals, pairs and teams of between 3-8 runners are required to tackle a five mile woodland trail route and end with a loop around the race village where the awesome support from 8000 runners and spectators never stops.

You can cast your vote for the UK's top endurance event here.