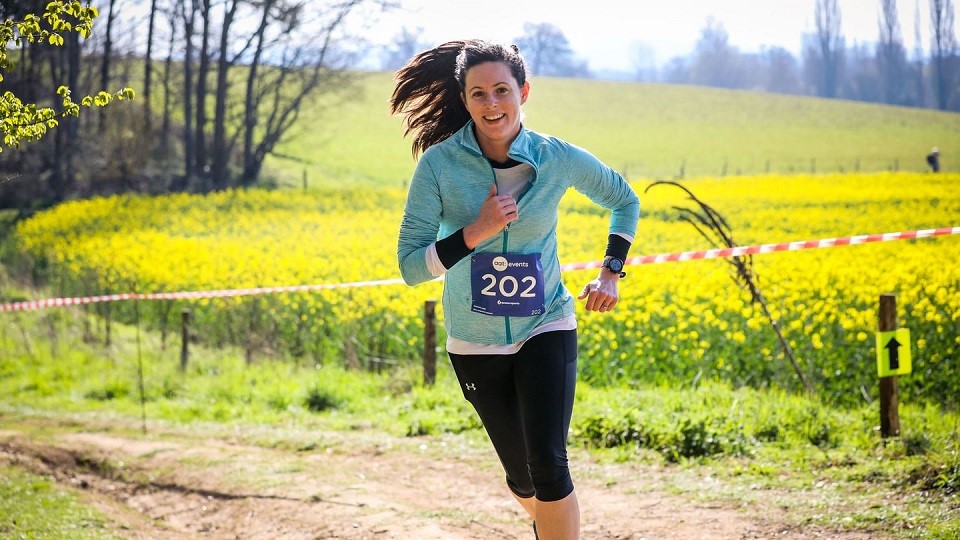 Joint enterprise is a great success

As AAT Events said in a recent email: “Wow, what a year...a lot has happened since we last ran together”. Surrey-based AAT Events, founded by Toby Jenkins more than 17 years ago, have created an impressive collection of highly popular races, including the Surrey Half Marathon, Guildford 10K and Weybridge 10K.

The company was acquired by The Race Organiser in July last year, which means that all AAT Events can now continue as planned, as The Race Organiser, Craig Thornton explained: “We’re thrilled and proud to welcome AAT Events to The Race Organiser family. Building on the hard work from Toby and his team, we’re so pleased to be able to guarantee the continued delivery of these brilliant events for the running community."

Sarah Cowan-Rawcliffe (pictured above) looked pretty pleased with the new arrangement as she competed in the first joint venture under the new management. Sarah was 107th in the brand new Loseley Park 10K trail race on Sunday (18 April) – finishing just outside the top half of a field of almost 200 runners.

Two distances were on offer – the classic choice of 5K or 10K – but fast times were certainly not expected due to the hilly and usually muddy environs that surround the 16th-century Loseley House and Gardens, which are regularly used as filming locations.

The first lady of the 10K was Serpentine's Sarah Pemberton (43:39) in an excellent eighth overall. Also collecting awards for their performances were Naomi Maini (46:15) and W40 Lucie White (48:50).

The shorter feature (5K) starred Jake Meyburgh (19:42) and Rebecca Pearce (25:03) – both under-15 prodigies – who tore up the script to outshine their elders. There were 49 finishers in just over an hour.

AAT Events will continue with the Hard as Snails Series of trail races starting on 26 May; Weybridge 10K on 13 June; The Fox Ultra on 18 September; Mercer Surrey Half Marathon on 26 September and Guildford 10K on 10 October.