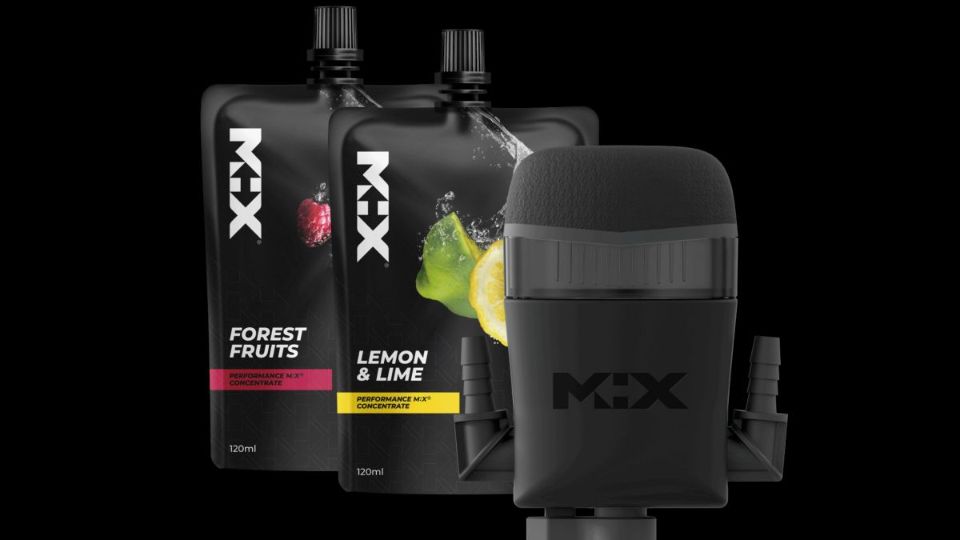 M:X® Dual Hydration System rethinks how we drink on the move

Like many runners, product designer Andrew Davidson has filled his hydration pack with sports drink – and suffered the consequences of taking a sip when it wasn’t quite clean.

Unlike most of us, however, Davidson did more about his mouldy tubes than just throw out the reservoir and buy a new one.

Instead, the Stirling-based runner and hillwalker invented a dual-hydration system that allows endurance athletes to choose between water and sports drink at the flick of a switch – with no risk of contamination.

As Davidson explained to runABC Scotland online, “Putting sports drink into a hydration pack creates all kinds of problems. First, it’s a nightmare to clean. Second, most of us don’t really need sports drink for around the first hour or so of an activity, so a full reservoir of sports drink can be excessive. It’s good to take water in the early stages, then from around 60 minutes onwards, take on carbs and electrolytes. Finally, putting sports drink in your hydration reservoir means that if you want water at any point, you’ll have to carry a second container.”

Davidson’s M:X Dual Hydration System – a small device that attaches to the shoulder straps of your own rucksack – works by mixing sports drink concentrate with water. There’s no backflow to the reservoir which keeps it clean, it delivers the correct dilution and the unit itself has built in anti-bacterial protection. The system can be attached to most reservoirs on the market, but can also be used with M:X’s own.

Although it seems like a simple idea, the final product has been a long time in development.

The concept evolved from an early prototype which took shape in 2015, as Davidson’s final year project for his product design course at Robert Gordon University. Winning the Sports Innovation Challenge gave Davidson the opportunity to relocate to the University of Stirling and iron out the remaining creases, like what kind of sports drink to use.

The first version of the system used a powder, but controlling the dilution rate proved a problem. Using a concentrated liquid was soon identified as the way forward, so Davidson developed his own, with input from Dr Stuart Galloway, a leading sports nutritionist based at the University of Stirling.

The final product, Davidson says, mixes instantly, doesn’t need shaking, and is ‘silky smooth’, with no gritty after-taste. It’s also both vegan and gluten-free and currently comes in two flavours: forest fruits and lemon & lime. Each 120ml pouch of concentrate is enough to make 2 x 500 ml servings of sports drink.

Despite delays to production due to the coronavirus and other factors, Davidson plans to launch the Dual Hydration System in early 2021, but the concentrates and a range of soft flasks and accessories are available to purchase online now at MXITUP.COM and in several stores.

When launched, the M:X Dual Hydration System – complete with two pouches of concentrate – will retail for £39.99. Add promo code – runABC+1 for a free pouch with any order.

In addition to being designed in Scotland, the M:X dual-hydration system will also be manufactured in Scotland, where his company supports several Scottish and British mountain bikers, runners and endurance athletes through its ambassador programme 'Team MX'.