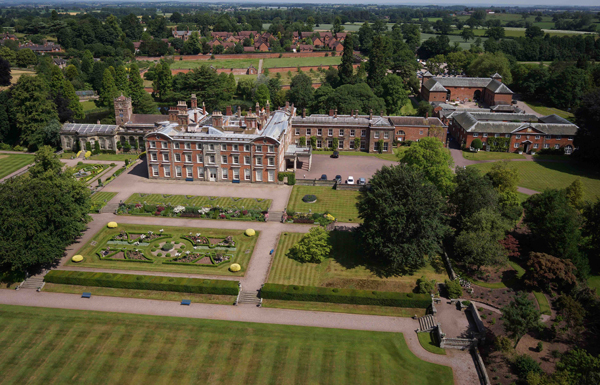 The National Festival of Running launches in 2019

A major new running event has been launched by a team made up of UKRunChat, the National Running Show and Breathe Unity. The National Festival of Running is a three-day event taking place at Weston Park in Shropshire on Friday 21st, Saturday 22nd and Sunday 23 June 2019, and organisers are promising 'a weekend away with your running family and friends like no other'.

The weekend festival includes races, classes, live music, running stories, meet ups, camping, a shopping village and more. Organisers are confident that runners will want to come together to enjoy a summer festival in a beautiful setting.

The festival venue is Weston Park in Shropshire, a country house set in more than 1,000 acres of park landscaped by Capability Brown. Former home of V Festival, the venue is ideal for the National Festival of Running with ample grounds for the many races and activities planned over the course of the three days.

There will be four UKA-approved races over the three days: a 5K on day one, a Half Marathon and a Festival Mile on day two, and a 10K on day three. Two separate waves are available for both the Half Marathon and the 10K, and runners can earn a medal for each race completed.

Organisers plan the festival as an inclusive event with running at its heart, while also appealing to music lovers with a superb line-up of musicians taking to the stages throughout the event. Two fully equipped sound stages will be providing entertainment and music. The Saturday night headline act has been confirmed as Jo Whiley, whose exceptional DJ skills will have runners and non-runners dancing under the Shropshire sky from 10-11.30 pm.

Given that sleep is likely to be high on the agenda, the organisers have carefully planned designated camping zones to suit everyone, including Family Camping, Quiet Camping, General Camping, and a Camper Van Zone. The ticket price includes entry to the camping fields and festival-goers can choose to pitch their tent anywhere within the designated areas.

Race director Joe Williams commented: “We are absolutely thrilled to announce the launch of the National Festival of Running 2019 which is set to be THE festival for runners next summer. The idea has been in the making for quite a long time and it is incredibly exciting to be able to unveil this very special summer event."

Check out full details of the National Festival of Running at the event website.