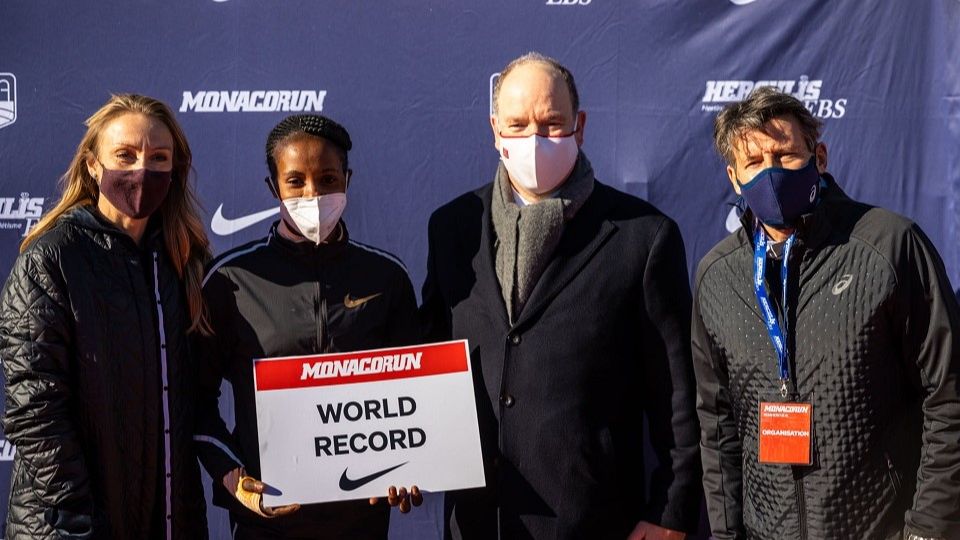 Feel the need for speed in Monaco

Monaco. Officially the Principality of Monaco. A millionaire's playground and home to the historic and glamorous Monaco Grand Prix since 1929. And it's fast becoming the world record venue of choice for elite athletes.

Beatrice Chepkoech (Kenya) returned to the venue of her 2018 world steeplechase record (8:44.32) and used the occasion of the Monaco Run 2021 to trim the women's mixed-gender road 5K record by five seconds with 14:43, despite cool and windy conditions on 14 February.

The special Valentine's Day race was contested by 16 men and 8 women. The course was not completely flat but the super-slick road surface and quality of the field helped with the superb times. The course is a classic, too, as it follows part of the F1 race track through the spectacular tunnel and finishing beside the famous harbour.

Chepkoech's run actually snipped one second from Sifan Hassan’s women-only world record, which was also set in Monaco in 2019. But it will be recorded as a mixed-gender record and eclipses the 14:48 set by Caroline Kipkirui in 2018. The 5K road race only became a world record event in November 2017.

Chepkoech was paced by Luuk Maas (Netherlands) who carved out a sub-3-minute pace for each kilometre. Meraf Bhata (Sweden, 15:46) and Alice Finot (France, 15:52) were the runners-up. The full race can be seen in this video together with commentary from Seb Coe and Paula Radcliffe.

The men's race was won by defending champion Joshua Cheptegei (Uganda, 13:14) who had broken the world record at this event last year with a phenomenal 12:51. Cheptegei sprinted clear of Kenya’s Bethwell Birgen (13:18) and Davis Kiplangat (13:19) to win with ease.

Interviewed by Paula Radcliffe, the new women's world record holder said: “Even though there was a lot of wind, I tried to follow my pacemaker and everything was perfect”.

Joshua Cheptegei, who had also set a new track world 5000m record in Monaco (12:35.36) in 2020, said: “It was a good race but the wind was incredibly difficult. I just wanted to run and defend the title.” Asked about his hopes for the 2021 Olympics, he added: “Tokyo is going to be a phenomenal challenge for me. I expect this year to become great like last year, or even more great than last year.”

It looks like Monaco will act as the springboard for some extraordinary distance running in Tokyo later this year.