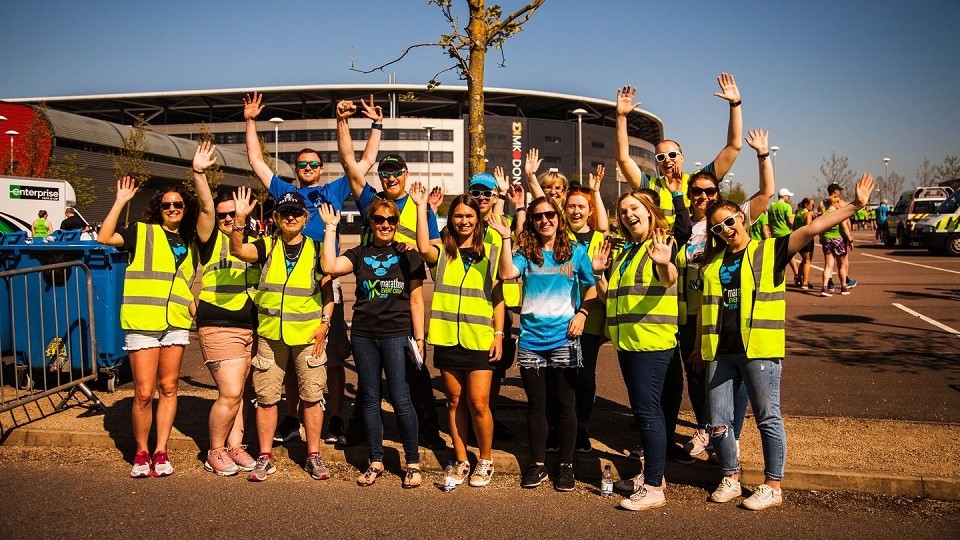 Thierry Chew certainly was Up & Running!

There were four main races on the Rightmove MK Marathon Weekend programme and one man ran them all!

Bitten off more than he could chew? Not this man. With the aid of some of the cheeriest marshals and support staff around (pictured above) Thierry Chew, representing Up & Running, was among more than 3,000 finishers in the 10th anniversary Rightmove Milton Keynes Marathon Weekend but the only one to complete all four main races.

Handsome interlocking medals were on offer, with an extra Challenge Medal for anyone who completed two or more races. One Covid-related restriction was the absence of the popular T-shirts this year as rewards had to be non-size specific but organisers promised they will return next year.

Events started on Friday evening (25 June) with Rightmove MK Turing 10K – celebrating computer pioneer and mathematician Alan Turing's cracking of the 'Enigma' code at nearby Bletchley in 1941. Getting their pacing sums just right on the night were Stephen Buckle (St Albans Striders, 33:52) and the women's race winner Mailin Struck (39:57).

Rightmove MK Rocket 5K was the warm-up act for Rightmove MK Half Marathon on Saturday morning. Despite the early start at 7:00am the slightly downhill 5K produced good winning times for Harry Smith (Bournemouth, 15:02) and Melanie Wood (19:12).

Sunday was all about Rightmove MK Marathon with 846 finishing in 6:46:33 – plus a further 42 teams of four in the Marathon relay with colourful team names like Four Ever Tired and We've Got The Runs! WRR Lads Lads Lads staged a fine relay victory in 2:20:19.