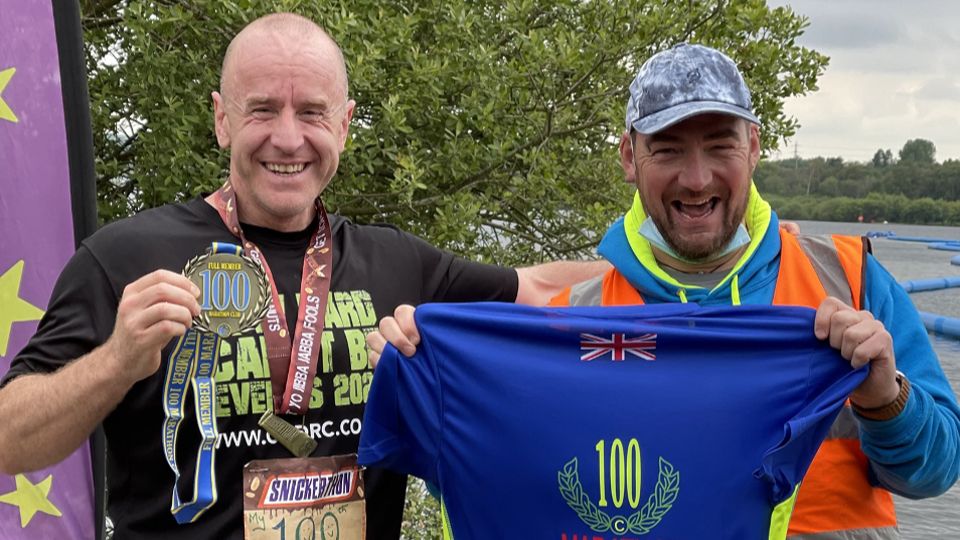 Sweet 100th Marathon for Stephen at The Snickerthon

He joins a growing band of centenary marathon runners at Chasewater.

Saturday 26 June at Chasewater Country Park was a taste of marathon heaven for Stephen Hayes who achieved his 100th at The Snickerthon event. This scenic Staffordshire location saw Kelvin Hayfield run his first 26.2 miler on a day for celebrations.

There was a sense of excitement amongst runners and volunteers at Saturday’s Snickerthon from How Hard Can It Be Events & CODRC. In the words of Race Director Denzil Martin: “It was one of the nearest things to a real race” as everyone was delighted to be back, doing what they enjoyed and in a friendly, supportive environment. The weather played its part, staying dry and warm throughout.

The marathon was one of four distances to choose from along with 5K, 10K and Half Marathon at this multi-lap race. Runners completed their preferred distance on a mainly flat course consisting of paths/footpaths with the well stocked aid station, manned by cheerful volunteers, keeping them going until the end.

Stephen Hayes ran the last lap with son Ethan before being joined by daughter Holly as he crossed the finish line in 3:59:58 in his 100th marathon. He was presented with the 100 marathon club t-shirt and medal by Denzil Martin.

Conditions were ideal for Kelvin Hayfield who completed his first marathon, finishing in 6:06:15.

The results for this along with the 5K, 10K and Half Marathon are available via the RunABC Midlands Race Listings page.

The final words from Denzil...”Thank you to everyone who came and made it such a special day”.