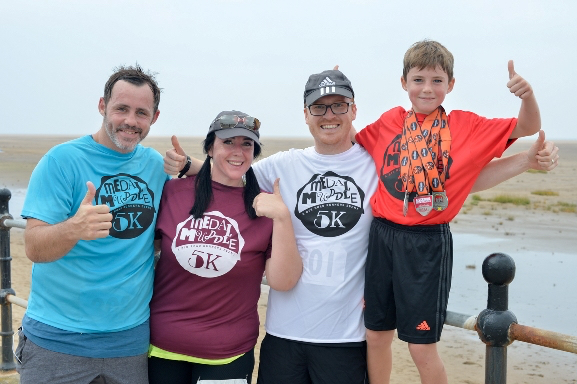 Merseyside is pushing forward with its eco-friendly and forward-looking event, the Medal Muddle, with the second staging of the 5k lined up for the last Saturday in September. Organised by Hoylake-based BTR Road Runners, the event uses both up-cycled medals and recycled t-shirts for its participants to minimise waste and increase its sustainability.

The first ever Medal Muddle took place at the end of August with over 200 runners taking part in support of the Hoylake branch of the RNLI (Royal National Lifeboat Institution). Over £800 was raised for the charity.

The aim is to create a mobile 5K series which will move round Wirral and, continuing with the momentum, the second Medal Muddle will take place on Saturday 28 September at Ashton Park in West Kirby, starting at 11am. While welcoming new runners to experience a race event environment, the series will also raise money for charity and upcycle unused medals and T-shirts from key local races.

BTR race director Alan Rothwell commented: “BTR Road Runners are delighted with the success of the first Medal Muddle 5K fun run. We raised £800 for the RNLI, welcomed new runners, and kick-started our ongoing quest to upcycle race medals and T-shirts – what a great start for the club organising their own running event.

“We’re grateful to Marcel Brands from Everton FC and Andy Coxon from Hoylake Lifeboat Station for their support on the day. The runners were excited to see which medal and T-shirt they would receive after crossing the finish line – and it was fun to watch their reactions."

Further information on the race is available here.