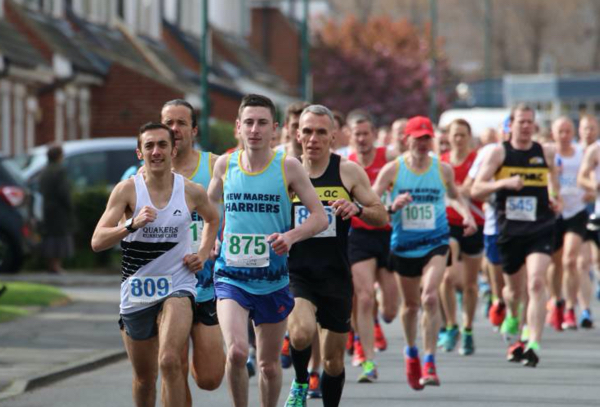 250 runners will ensure it really is a Good Friday (30 March) when they tackle the ever popular Mermaid 10K. Part of New Marske Harriers’ race series, the 10k is known to be very flat, although, as organiser Graham Hall told runABC North, “fast times are at the mercy of the winds governed by the North Sea.”

The 10k, which sold out within hours of going live, has been a fixture on the Yorkshire circuit (in one form or another) for close to three decades. The out and back course will see participants run the Coast Road footpath between Redcar and Marske.

On the Mermaid 10k’s history, Graham told us: “The race has been held in various forms for nearly 30 years, but on the current course since 2001 when we had to find a new route due to the foot & mouth epidemic - the feedback was such that we retained the course.”

“It's a race organised by a club essentially for club runners. The leading contenders will be Lewis Moses from Darlington Harriers and Dean Newton and Alex Kiel from the host club. The leading lady is likely to be Sharon Bulman (F45) from New Marske Harriers.”

Keep a look out for runABC North’s race report next week.