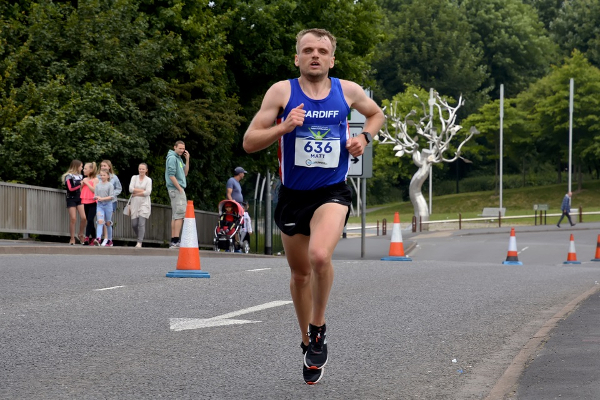 On Saturday 24 November, Matt Clowes will attempt to break the course record of 30:42 at the Cheddleton 10K. The 31-year old record was set by Clifton Bradeley in 1987.

29-year old Matt Clowes is one of the top road runners in the UK. Originally from Cheddleton and a former member of Staffordshire Moorlands AC, he has competed in the USA and the UK and has a string of victories to his name including the Cardiff Half Marathon and Potters Arf. He is a sub-4 minute miler and that coupled with an outstanding season puts him in a strong position for the challenge.

Clifton Bradeley is a former international athlete and British record holder who ran a sub-4 minute mile (3:57) during the England v USA competition in 1985. Injuries prevented him from competing at the 1988 Seoul Olympics but he turned a negative into a positive by training to become a sports injury podiatrist, specialising in biomechanics. He is the owner of Sub-4 Clinical, a Health & Wellbeing centre in Staffordshire and a successful entrepreneur and motivational speaker.

The 35th Cheddleton 10K Christmas Pudding Race is the brainchild of Stan Winterton and the local committee who organise events each year to fundraise for Cancer Research UK. They have raised £1,000,000 to date.

The 10K is a traffic-free, three lap race around country lanes in Cheddleton with a Christmas pudding for every finisher and, a special award for new course records – men’s and women’s.


Clifton is optimistic about Matt’s chances saying: “If anyone can break my record Matt Clowes can and I’d be delighted if he achieves this.” He is proud to be supporting the race and hopes it will encourage young athletes to challenge themselves and aim for fast times.