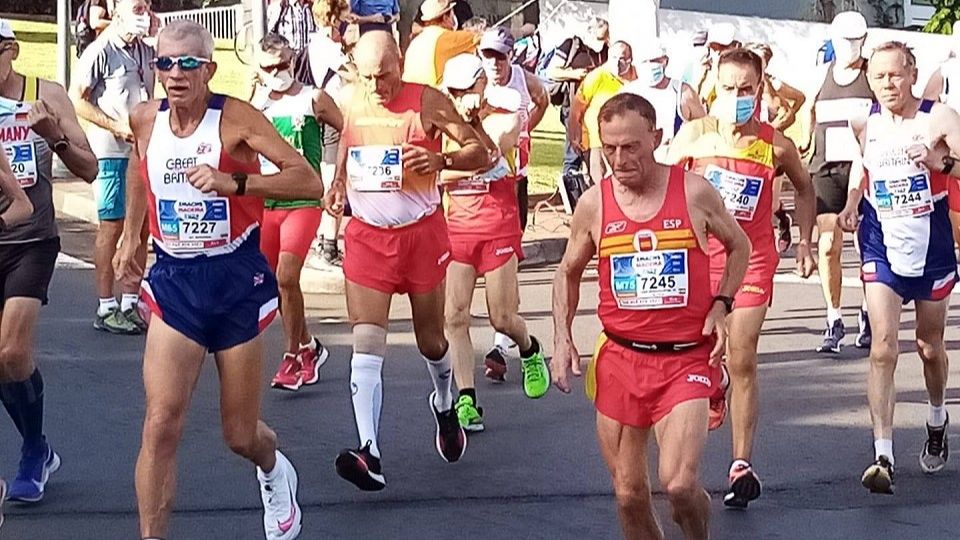 Virtual racing is just the fillip for frustrated Masters athletes

British Masters have been out in force in age-graded virtual competition at home and 'abroad'. The past year has seen a succession of Masters championship events cancelled or postponed so the focus has moved to the virtual platform with a European Masters 5K and British Masters 10K completed recently.

The European 5K was almost a White-wash for four GB Masters with that surname, as they collected a sack full of virtual medals between them. The fastest men were M45 Matthew Hurford (Les Croupiers, 17:30), M35 Oliver White (Exmouth, 17:41) and M60 Ifan Lloyd (Swansea, 17:45). All three won their age-groups as GB Masters dominated the leading positions.

Fortunately, negative Covid tests and quarantine periods were not required as 438 athletes aged 35-plus laced up for the British Masters Virtual 10K Challenge somewhere near their own homes, including a smattering of those who had just excelled 'in Europe'.

There was plenty of interest in the team results, calculated via age-grading, with Veterans AC leading the joint 10-to-score table. Welsh Masters was the top men's team and Northern Masters took the honours in the women's team race.