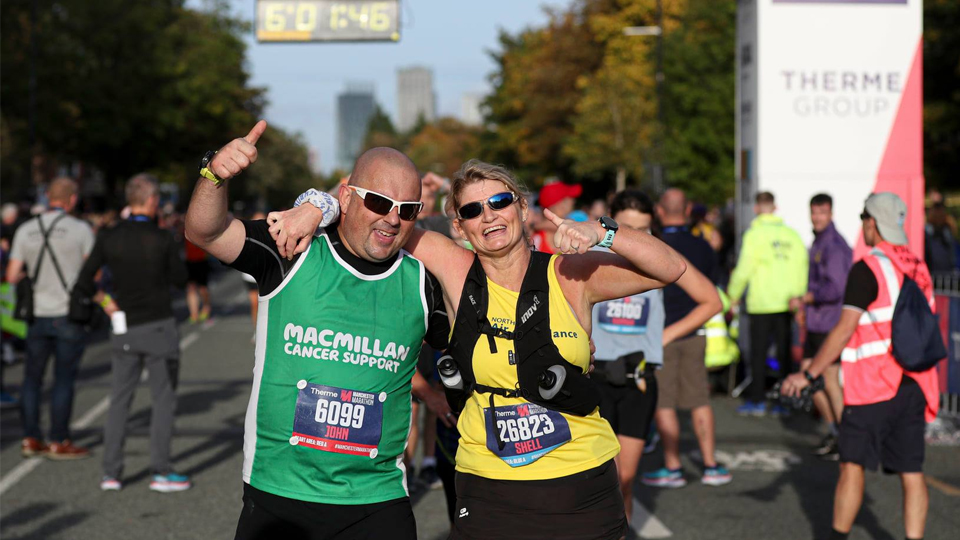 Runners Mad For Manchester Once Again

Competition was tight for the position of first finisher with Matthew Crehan taking the accolade in a time of 02:18:26. He was closely followed by James Donald, with a time of 2:20:36. Joining her compatriots as first female finisher was Anna Bracegirdle, who finished with a time of 02:40:17.

The full race results can be found via runABC North's results page.

Roads across Greater Manchester were closed so that runners could take part in one of the first major mass participation running events of the year. This year saw a new route section with the city centre visited for the first time in the event’s history.

Nick Rusling, CEO of event organisers Human Race said: “There was a lot of disappointment in 2020 for all involved, when so many much-loved events were not able to go ahead due to coronavirus. Therefore seeing 40,000 runners come together in the heart of one of the UK’s greatest cities to challenge themselves was spectacular; it was a surprisingly emotional experience being back."

In addition to the personal achievement of crossing the finish line, many runners were also raising vital funds for Therme Manchester Marathon’s official charity partners the Alzheimer’s Society, Cancer Research UK, WWF, The Christie and ABF The Army’s National Charity, in addition to other charitable causes. Over 2,000 runners were entered for charity and expect to fundraise over £3m.

Event organisers Human Race also donated £1 from every entry to the Trafford Active Fund with the purpose of developing sport in the local area. Earlier this year, £46,000 was awarded to organisations deeply impacted by the pandemic.

The organisers have seen a record demand for entries into next year’s event which will be held on Sunday 3rd April 2022 and is set to be the UK's largest spring marathon.  To get your guaranteed place visit the event website.