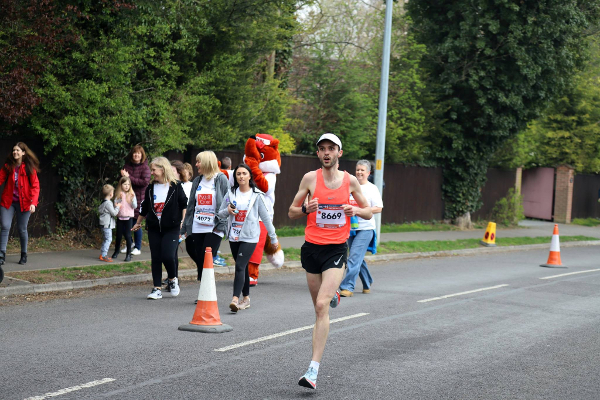 Rising star Lucian Allison had four reasons to celebrate at the Asda Foundation City of Lincoln 10K on Sunday (7 April). One of these was a new course record...

The Lincoln Wellington AC man only started running in 2015 but has gone from strength to strength with a third at the Leeds Abbey Dash, third at Telford 10K and a win at the Perkins Great Eastern Half Marathon among his achievements. He was runner-up at last year’s City of Lincoln 10K with teammate Joe Wilkinson taking the men’s title.

In a reversal of fortunes, Lucian Allison was the winner at the 2019 Lincoln 10K in 29:28 settimg a new course record. He also bagged a PB and a club record into the bargain. There was the closest of finishes for second and third with Kris Lecher of City of Hull AC in 30:16 and Joe Wilkinson in 30:17.

There was a similarly close tussle in the women’s race; Abbie Donnelly was the winning lady in 34:30 followed by Chloe Hubbard of Newark AC in 34:35. Becky Briggs of City of Hull AC was third in 34:53.

This was the first race in the Asda Foundation series from Run For All in partnership with the City of Lincoln Council. The race started at 11am with runners heading down Riseholme Road towards the city centre; however, a bottleneck at the first corner caused a temporary delay before runners continued along a fast route through this historic city before finishing near the Cathedral.