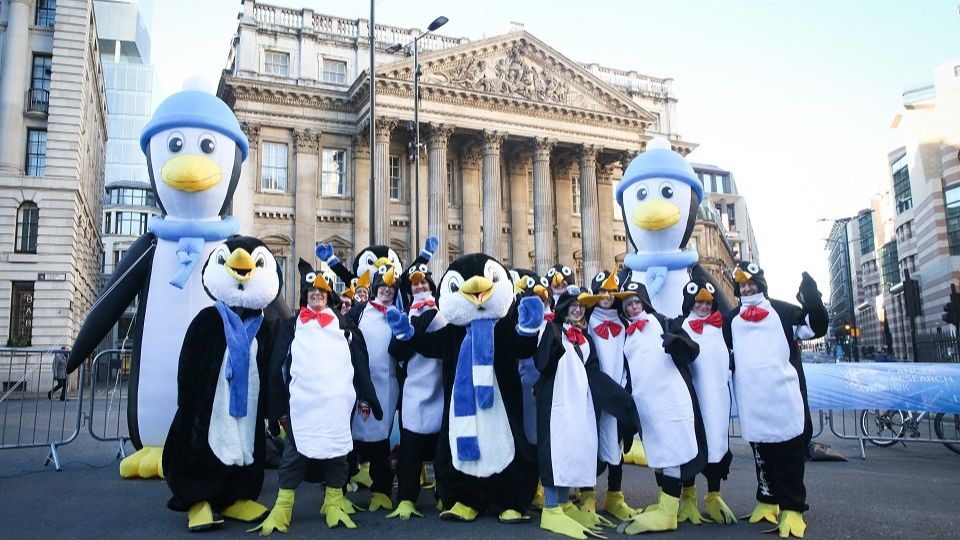 Cancer Research UK London Winter Run 10K returned to its rightful place in the calendar as almost 9,000 fundraising athletes took to the streets of the capital on Sunday 13th February.

Billed as London's coolest 10K, with its mid-winter date and snowy characters encountered en-route, this race is as much about having fun as serious competition – although try telling that to the speedsters at the front of this Human Race Events promotion!

With barely time for a quick glance at London sights such as the National Gallery, Nelson's Column, St Paul's Cathedral, The Gherkin, the London Eye, and Big Ben the top six men finished on Whitehall inside 33 minutes.

Cancer Research UK has been the official charity of the London Winter Run since 2015. Since then, over 100,000 runners have taken part and raised a staggering £4m for the charity’s life-saving work to beat cancer. It is anticipated that more than half a million pounds have been added to the total following this year's live event and a parallel virtual run.

CRUK is the world’s leading cancer charity, dedicated to pioneering work into the prevention, diagnosis, and treatment of cancer that has helped save millions of lives. CRUK has been at the heart of the progress that has already seen survival in the UK double in the last 40 years.

Prior to Sunday's race Gareth Mulcahy, Cancer Research UK’s head of events and sports said: “After two years away we can’t wait to be welcoming people back to Cancer Research UK’s London Winter Run. We rely on the generosity of our supporters to help fund our vital work and challenges like these are a great way to get involved. We’re grateful to everyone who takes part and raises money - with your support we can continue funding world-class research to help save more lives.”