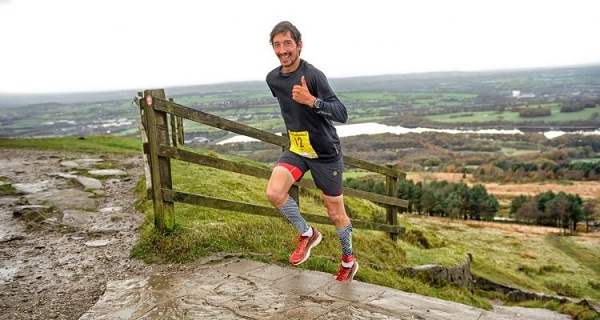 Adam 'Tango' Holland will be topping up his tan, along with a large party of British athletes, as he aims to add yet another marathon victory to his extraordinary record when he lines up for the 20th Logicom Cyprus Marathon in Paphos on Sunday, 4 March.

Adam Holland, aged 30 from Devon, has won more marathons than anyone else in the UK, with 194 wins to date. He is ranked in the top five in the world for marathon victories. Adam has completed more than 300 marathons and when he was just 23 he had already run 100 marathons, making him the youngest in Europe to reach that landmark.

With a best of 2:27:55 in Schneider Electric Marathon de Paris last year, Adam could challenge the 2005 course record of 2:33:03 held by Salameh Al Aqra (Jordan) on his first visit to Cyprus, where the spectacular course starts at Petra Tou Romiou – legendary birthplace of Aphrodite – and finishes in front of the former Byzantine fort at Kato Paphos harbour.

Logicom Marathon in Paphos has developed into a huge sporting success in its 20 year history. The programme now includes a half marathon, 10k and incredibly popular 5k fun run that is a sell out 1,000 capacity event this year. Cyprus boasts 326 days of sunshine annually and the forecast for race day is 16-18C and … sunny. Around 50% of all entrants come from overseas and half of those will travel from the UK.

The 20th Logicom Cyprus Marathon expects to welcome 2,500 runners from 50 countries and every finisher will benefit from the free weekend bus pass, musical entertainment, massage, fruit, juice and free beer at the finish. What is priceless, however, is the famous Mediterranean hospitality of the hosts, enhanced by Paphos' status as European Capital of Culture 2017.

runABC South reporter Alan Newman will be in Cyprus to bring news of the event, hoping that Adam Holland can become the second runner from UK since Allan Fotheringham (2:54:55 in 2003) to taste victory in the Logicom Cyprus Marathon