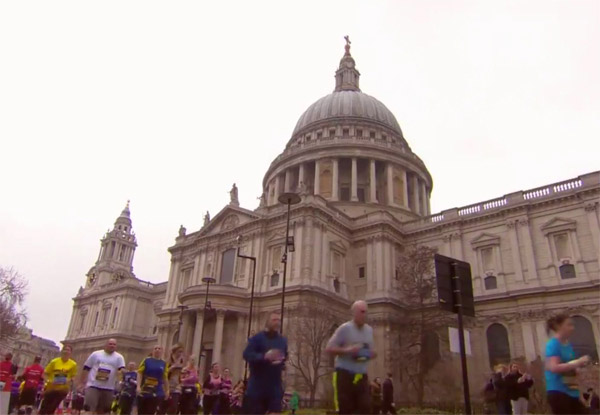 London Landmarks Half Marathon has talent!

12,000 plus runners were joined by a host of top celebrities for yesterday's (Sunday 24 March) London Landmark's Half Marathon. The huge field enjoyed an amazing course which began on Pall Mall and finished on Whitehall near Downing Street. Top sights on the route included Big Ben, St Paul’s Cathedral, Nelson’s Column, the Gherkin, the Shard, the Tower of London and the London Eye.

Celebrities including Cheryl Baker, Amanda Holden, Jenni Falconer and a host of reality TV names added star glitter to the morning's proceedings. And runners received great support from an estimated 50,000 spectators who took advantage of a plethora of free activities and entertainment along the route including a Harry Potter Party, choirs, bands, dance acts and DJs including YouTube sensation Jack Maynard.

London Landmark's Half Marathon was organised by Tommy’s, the largest pregnancy and baby charity in the UK.