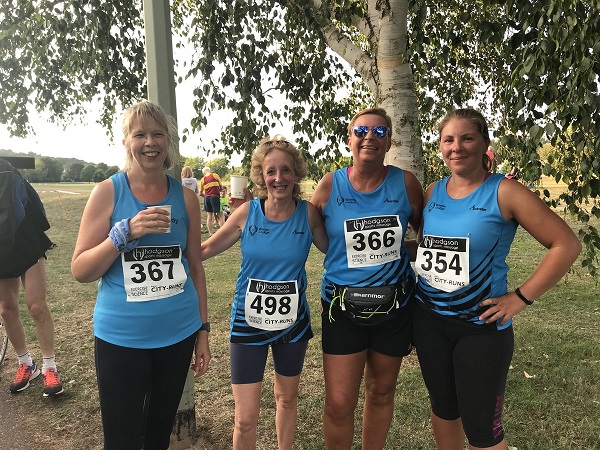 There are just a few days left to enter the first of this year's City Runs Events' promoted Run Exe 5K series that starts on Tuesday, 2 April. There's one race a month from April through to September and the best four results will count for overall series awards.

Despite – or perhaps even because of – the exponential growth of parkrun's popularity, there is still a huge appetite among runners for the relatively achievable race distance of 5k and the Run Exe 5K series is a fine example of the genre on a course within a few minutes walk from Exeter St David's train station.

Exeter-based race organiser City Runs Events promotes around 25 races annually including track, cross country, relays, 5k and 10k road races in Exeter and beyond. Run Exe 5K Series differs from the mainstream in that all races are held on a Tuesday evening with a 7pm start and runners can enter for single races or all six (with a series discount available).

Overall standings are calculated on cumulative time for the best four results and bespoke medals are awarded to all series finishers with prizes going to category winners. All the races are held on the same traffic-free, pancake flat course on footpaths and cycle tracks around Exwick Playing Fields and River Exe Flood Relief. This enables competitors to compare their times as the series progresses.

The PB potential is obvious with course records standing at 14:47 to Tom Merson (Bristol and West) and 16:56 by Steph McCall (Exeter University). In 2018 there were 790 results recorded with around 150 runners running in each event. The fastest times were set by Shaun Antell (Bideford AAC, 14:51) and Annabel Gummow (Winchester and District, 17:19).