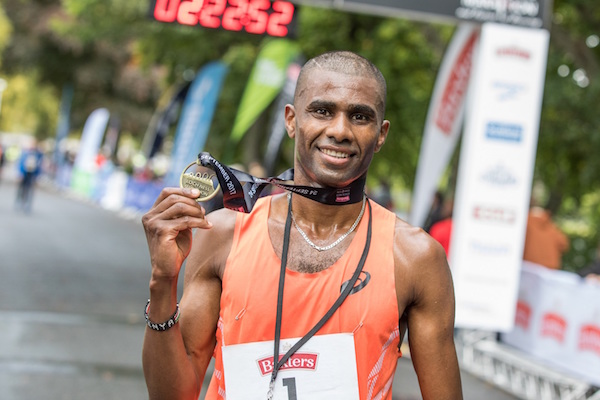 Jordanian runner Mohammad Abu-Rezeq will attempt to complete a hat-trick of victories in the Baxters Loch Ness Marathon on Sunday, 23 September – but anyone hoping to join him on the start line will have to act fast.

Entries for the most northerly marathon on the British mainland, and the accompanying Baxters River Ness 10K, close at midnight TONIGHT, Monday 3 September. Places are available until then for scottishathletics members, members of affiliated UK running clubs, overseas runners, and through official charity Macmillan Cancer Support and other affiliate charities.

Lancashire-based Abu-Rezeq has set two of the fastest winning times in the 16-year history of the marathon, recording 2hr 20min 52sec in 2016 and 2:22:02 last year and there’s little doubt the course record of 2:20:13 set by Kenyan Simon Tonui in 2009 is within his capabilities.

Race director Malcolm Sutherland believes that Abu-Rezeq’s return is a major boost for the event, which won silver in the ‘Best Marathon <5000 participants’ category at the 2018 Running Awards, and which caters for athletes of all levels of experience and ability.

Sutherland said: “Mohammad is so happy to be coming back to do the Baxters Loch Ness marathon because he has enjoyed it so much on previous visits. He is determined to break the course record and maybe this will be the year he does it.

“He is one of many runners who return year after year to enjoy the experience of tackling one of the most spectacular marathon courses in the country. And, of course, there’s always the chance you might spot Nessie at some point along the way.”

Entries for the Marathon and 10k close tonight at midnight, but limited places will be available in the 5K and Wee Nessie over the race weekend on a first come, first served basis.