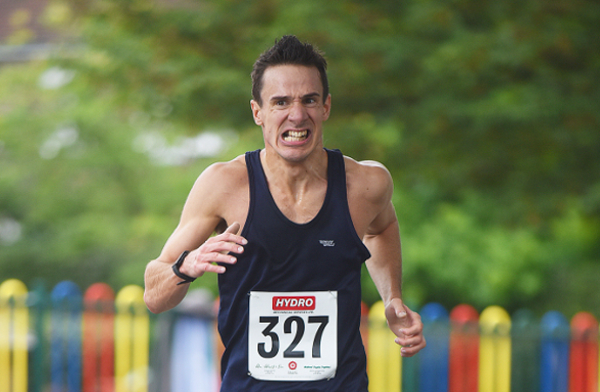 The Birmingham based Personal Trainer had competed the day before in the Midland 3000m Championships in Coventry and finished in a creditable 5th place. He decided to test himself again, this time at Little Aston and a 5 mile race organised by Royal Sutton Coldfield AC.

The 5 Mile race and 2 Mile Family Fun Run started at 11am from Forge Lane with runners following a one lap mostly flat course on quiet country lanes. A few undulations in the last mile didn’t stop Jonathan Carter from racing to victory in 25:47, beating the course record by one second only! Kevin Farrow of Derby AC was second in 26:05 with Lloyd Biddell of Mercia Fell Runners taking third in 26:19.