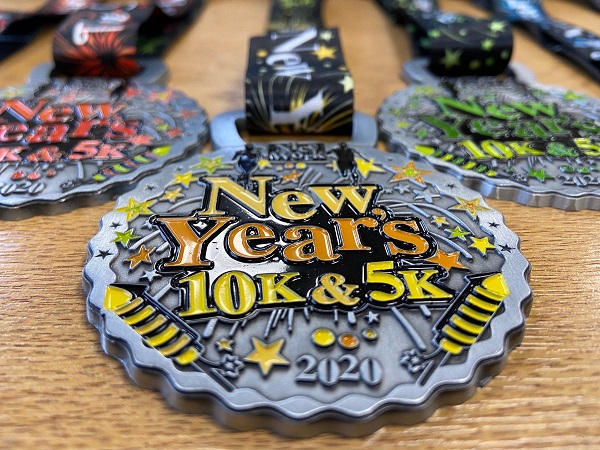 New Year's medal is bang up to date!

The fireworks-themed medal for Nice Work's Lamberhurst New Year's Day 10K was bang on (see image above). Practical, too, as it doubled as a bottle opener and was well received by a mammoth entry of almost 500 for this traditional hangover cure/season opener.

There was a good crowd of supporters, too, including apparently a dinosaur (or did I have too much fizz to drink the night before?). Thankfully, there is video evidence of a T-Rex and a unicorn showing their support at the start of the 10K in this clip from Nice Work's Facebook page.

With a mighty roar from the Cretaceous period ringing in their ears, assorted Homo sapiens set off for an out-and-back course beside Bewl Water Reservoir – the new venue for this event as Scotney Castle was unable to accommodate the growing numbers of runners this year.