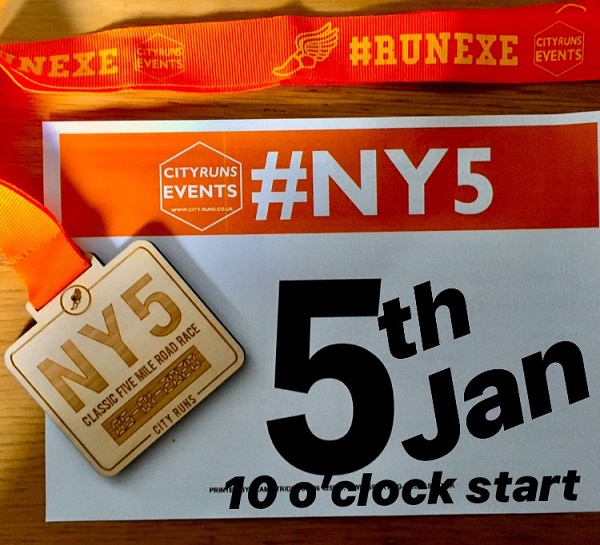 All about the pace in New Year race

Kipchoge, the undisputed world's GOAT marathon runner following his astonishing 1:59:40 time trial in Vienna last October and 2:01:39 world record at Berlin in 2018, was in Exeter to receive his honorary degree on 14 December.

Nearest to the great man's marathon speed in Sunday's 5-miler was the England Athletics Road Runner of the Year 2019 Tom Merson (Exmouth Harriers, 24:21 PB) who was joined at sub-5-minute mile pace by Andrew Chambers (Bristol & West, 24:33 PB). Just over that threshold was the first M40 master, Phil Wylie (Cheltenham Harriers, 25:13) whose result was worth over 90% age-graded.

The pancake flat, fast course on footpaths and cycle tracks sent PBs tumbling with around 50% of the top half of the field setting new standards for themselves. One additional feature of this City Runs event is the provision of 'local legend' pacers for various targets from 6:30 to 11:00 per mile. As a tribute to these unselfish supporters we record their results here: