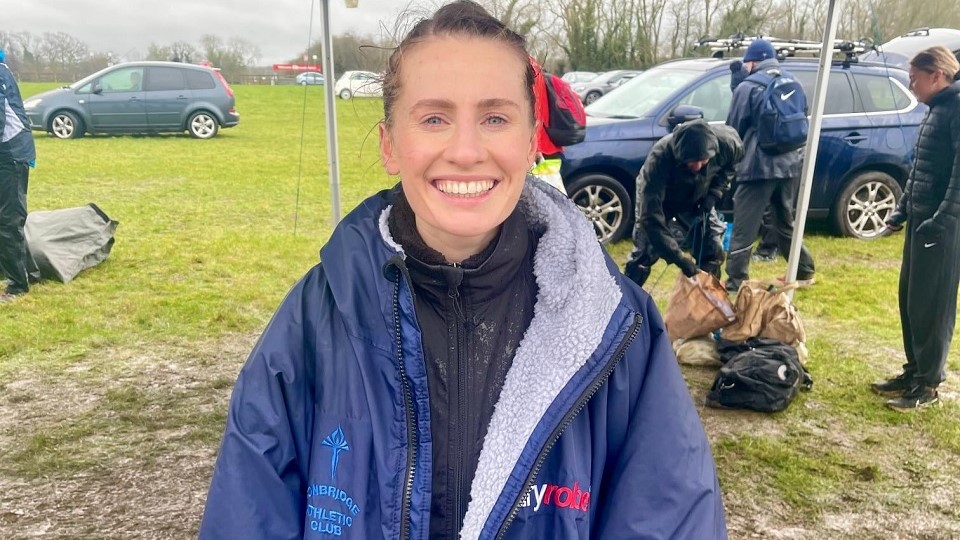 When the going gets tough...you know the rest!

The English county cross country championships were held on Saturday (8 January) and our Kent-based reporter was due to be in action at Brands Hatch, West Kingsdown, in this inter-club skirmish but was left fuming in a huge traffic jam after a road was closed in Maidstone!

The Kent title races, promoted by Kent County Athletic Association saw 643 finishers in 10 age-group races despite some atrocious weather conditions with incessant rain on the windswept former airfield at the venue of the British Grand Prix between 1964 and 1986.

Those who know Brands Hatch will appreciate this is a hilly location and although the former airfield has some flat areas where the race start and finish are positioned, the rest of the course can be pretty challenging when it's dry – which it certainly wasn't on Saturday!

The 2021 championships were cancelled due to Covid and there was extra enthusiasm for competition due to the interruption. More than 200 finished the senior men's race and 115 closed the senior women's race.

The new men's champion, after an arduous 12K battle, is Jamie Goodge (41:41) from his junior under-20 Tonbridge AC clubmate James Kingston (41:50). The defending champion from 2020 Owen Hind (Kent AC, 41:54), was a close third as Tonbridge claimed team gold from Kent AC and Medway & Maidstone AC at both six and 12-to-score.

The women's 8,350m race was 'comfortably' won for the third time by Lucy Reid (Tonbridge, 33:07) – pictured above, with the smile of a champion – from Chloe Sharp (Woking, 34:40) and Katie Rowland (Kent AC, 35:27). Tonbridge took another team double, with Kent AC and Cambridge Harriers runners-up at three-to-score, and in the reverse order at six-to-score.

Both senior events are held over distances equal to the English National Championships and World Championships and saw some competitors running for over an hour in the women's race and more than 90 minutes in the men's race – tough going for both athletes and officials.