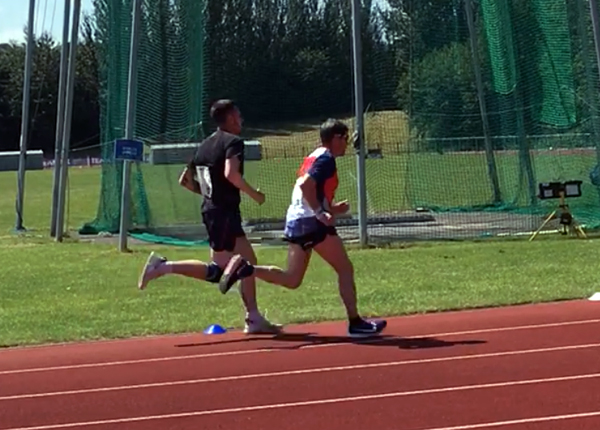 Mental health campaigner and running enthusiast John Owens produced an encouraging performance at the Invictus Team UK Trials last week. The Sheffield event was the first ever national games for British wounded, injured and sick veterans and personnel and also served as a qualifier for the Invictus Games 2020, to be held in The Hague.

John didn't have the best of preparations for the trials and only took part after consultation with the Team GB coaches and medical staff. The Ayrshireman told runABC Scotland online: "I felt completely under the weather due to a chest infection and head cold and hadn’t trained for a few weeks prior to the games but I travelled down feeling optimistic of at least attempting the 1500m race."

John continued: "In the spirit of the games and all that Invictus stands for, I stood on the start line of the 1,500m and hoped that I'd give a reasonable account of myself.

"Having been in the top third for the first few laps, the lack of training and preparation was starting to show as I slowed down with a few laps to go. Surprisingly, when I heard the bell for the last lap I was in third place. However my lack of condition told and I was overtaken in the final 100m to miss out on a medal by just one second.

"Despite my personal disappointment I was delighted by the success of my fellow competitors who had trained hard for the race. I was also pleased by my time of 5:29:19, which under the circumstances, was a good race."

John spent the rest of the week recovering but managed to cheer on many of his fellow Invictus trials participants in their chosen sports. He's is now hoping to be in shape for an Ayrshire August treble of the rescheduled Dundonald 10K, Irvine AC Marymass 10K and NAAC 10K before attending the final Invictus Games training session in Bath, which takes place ahead of the 2020 team announcement due in October.