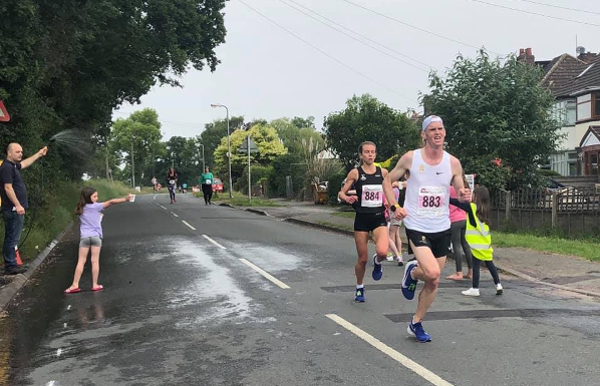 There were wins and new course records for James Marshall and Hayley Carruthers at Sunday’s (23 June) Wythall and Hollywood 10K. For Hayley, it was another title to add to her growing collection.

Wythall and Hollywood 10K & 5K and 1.5K Fun Run has grown in popularity since its inception in 2010 due to its scenic course, community support and smooth organisation. It attracts top club runners looking to test themselves as well as those entering their first race all of which was held at Wythall Park near Birmingham. Stella from The Hub gym led the warm up before runners were sent on their way at 9.15am.

James Marshall of BRAT won the 10K in 32:53 and posted a new course record. Ronny Wilson of Lincoln Wellington AC was second in 33:22 with another member of BRAT, Daniel Robinson third in 33:39.

It was another outstanding performance by Hayley Carruthers of Birchfield Harriers who won the women’s race in 33:40 and set a new course record. Only one second separated her from the third placed man – she was fourth overall. This win follows her victory at the Aldridge 10K (9 June) where she also broke the female course record.

This 10th anniversary event was organised by a dedicated team led by race director Neil Croxford to fundraise for local charities. This 7-strong group had set up the Wythall & Hollywood Fun Run charity to help them to support local good causes. This year, Wythall Bowls Club, Tennis Club, Acorns, Fur & Feathers Animal Sanctuary, Wythall and Hollywood Stronger Together and the Community Association stood to benefit from runners’ generosity.

Next year’s event is on Sunday 28 June.