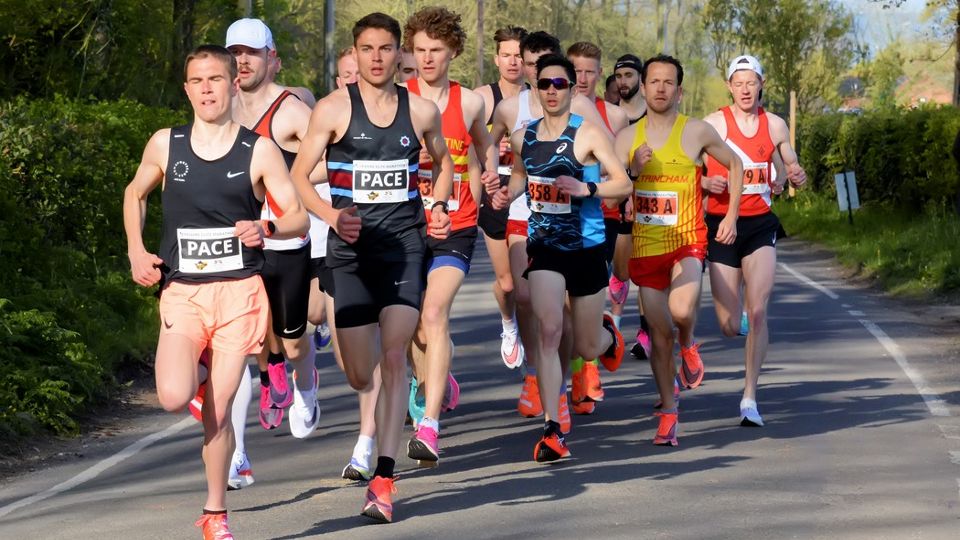 The pacer became a racer on his marathon debut

There was fast footwork aplenty at Sunday’s (25 April) Cheshire Elite Marathon & Half Marathon as top level athletes battled it out on a flat, rapid route. In an unlikely turn of events pacer Jake Smith produced winning form in the marathon...

The event was organised by Run Cheshire & Gogledd Cymru in response to the global pandemic that led to the cancellation of big city marathons and half marathons, leaving aspiring Olympians and the like without any opportunities for top flight road racing. The marathon was open to men who could run 2:40 or quicker and women sub-3:00.

This Covid-secure event used staggered waves based on predicted finish times on a closed road course in Pulford, Cheshire. The marathon started from Old Lane, Pulford and finished on Straight Mile, near to the junction with Wrexham Road with conditions perfect for this and the half marathon. There was also live streaming as  spectators weren't allowed at the event.

Jake went up a gear whilst looking calm and in control as he flew the last few miles to cross the finish line the winner in 2:11:00, running an Olympic qualifying time at his first ever marathon. Callan Moody of Serpentine RC was second in 2:11:38 and Reece Edwards of Belgrave Harriers third in 2:14:43.

Aoife Cooke of Eagle AC was the winning female in 2:28:36 – an Olympic qualifying time for her and second placed Maor Tiyouri who finished in 2:29:03. Ann-Marie McGlynn of Letterkenny AC was third in 2:29:34.

A full set of results for the marathon and half marathon can be viewed via Nifty Entries.