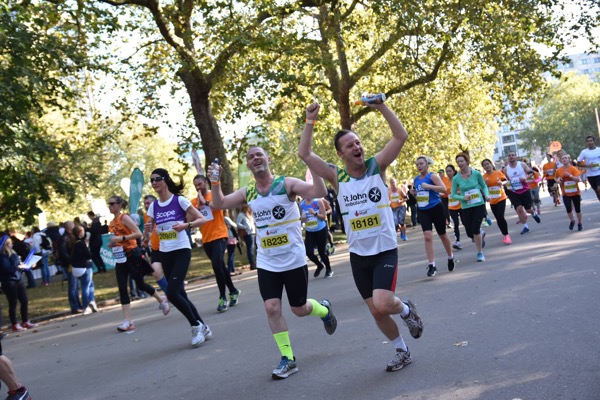 This Sunday (22 September) will see close to 2,000 runners compete in the fifth staging of Hull Marathon, with competitors set to enjoy a new route that is sure to delight: a spectacular start on the Humber Bridge in the shadow of the north tower.

Announced this summer, the new point-to-point route moves out and back on the southbound bridge deck before heading into Hessle town square. The second half of the course takes in the Marina, Humber Street, Three Ships Mural, through Victoria Dock and passes The Blade at Siemens and along part of the Sculpture Trail before returning to Garden Village and with a loop around East Park to the finish line.

One of the appealing features of Sunday’s event will be the popular Artwork Installations, which will once again be present across every mile. This year’s artwork will be made from recycled rubbish from the area as part of the #Lovehullhatelitter project and will reflect the city’s maritime heritage.

In addition to the art on display, a record number of live music acts will feature with over 20 acts as well as other entertainment, along the route including a performance at Stage@thedock and All Gone South making a third year’s appearance at the finish line. BBC Radio Humberside will be commentating throughout the day with live broadcast links.

On the changes in place for Sunday’s event, race director Lucas Meagor commented: “We are grateful to the residents of the city and Hessle for their support and planning around the road closures necessary to ensure a safe passage for the runners. It’s been important to ensure the event retains a Hullcentric feel and showcase the city while meeting the needs of its residents.

“I believe this change gives the runners a fantastic experience while retaining the many highlights included showcasing Hull as the UK City of Culture. The route offers runner’s a great chance for fast times and gives spectators great viewing opportunities, particularly for those final two miles within East Park.”