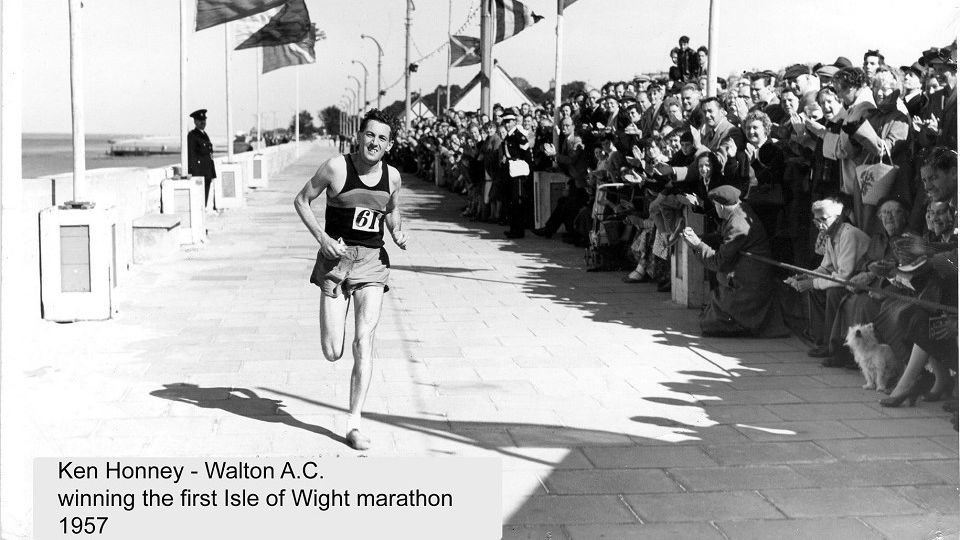 You could be forgiven for thinking it's all about London this weekend but Ryde Harriers would beg to differ. The capital city's upstart 26.2-miler may be celebrating its 40th anniversary on Sunday but that's a mere bagatelle to the members of Ryde Harriers, who have been running since 1886!

The Isle of Wight Marathon has been held continuously since 1957, making it the longest-running marathon in the UK and Sunday's event will be the 64th edition of this historic race. The first winner was Ken Honney (Walton AC, 2:35:51) – impressive running on the tough, hilly course used until 2012.

Increased traffic has now pushed the route onto quieter, rural roads in the northwest of the island between Cowes and Freshwater but there are still 323 metres of ascent, including a wicked 70m of climbing in the final 4 kilometres, to test the mettle of the typical field of 150 finishers. The new course record is 2:35:01 set last year by Jack Oates from Fareham. Sarah Hill (Farnham Runners) ran 3:00:31 for the women's record in 2015 – almost half an hour faster than Dale Greig (Paisley AC) women's WR (3:27:45) set on the old course in 1964.

There are a solid 218 advance entries for Sunday's race including the women's record holder Sarah Hill, who has been in scintillating post-lockdown form. The British Police cross country champion set her best marathon time of 2:52:19 at York last year and her latest success was a 5:21:03 win in The Fox Ultra 61K, two weeks before the IOW Marathon.

There are £200 first prizes and £50 course record bonuses on offer to the winners and all finishers will receive the coveted IOW Marathon medal. COVID-19 mitigations include a seeded start and no overtaking is allowed in the first mile. Eight drink stations are provided but in line with current guidance, there will be no sponge stations or personal drink facilities on course.