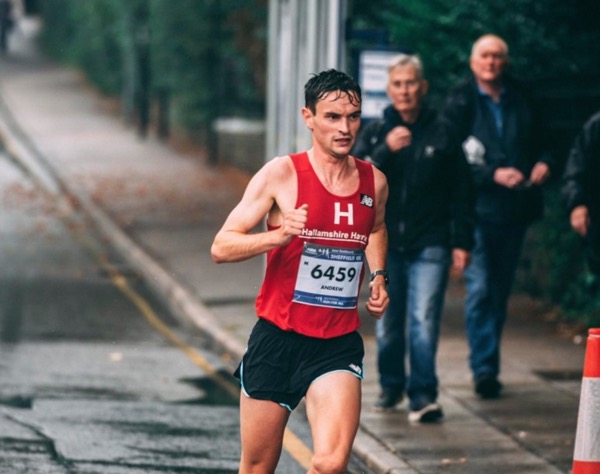 Despite being just four years old, the Asda Foundation Sheffield 10K can regard itself as not just one of the key events in the Run For All 10K series but a highlight of the city’s sporting calendar too. This was emphasised on Sunday (22 September) when close to 4000 runners took part, culminating in a sizable course record for Andrew Heyes.

The run started at 9.30am in Arundel Gate and took the entrants along Charter Row, Ecclesall Road, Rustlings Road, Graham Road, Riverdale Road, Endcliffe Vale Road and Brocco Bank before heading back to an exciting city centre finish in Arundel Gate.

Hallamshire Harriers’ Heyes took full advantage of the speedy course with a record breaking performance, crossing the line first in 30:44, slicing a chunk off Michael Kallenberg’s previous best. Sheffield RC’s Mohamed Saleh took second in 31:23, with Jamie Hall third (32:13). After his win, Heyes tweeted: “Bit of a wet and grey day but great fun round the streets of Sheffield. Win and course record #sheffield10k #sheff10k #sheffield.”

Elaine Livera was an impressive winner in the female competition with a winning time of 37:39, Anna Watkinson-Powell (37:55) and Hannah May Fletcher (38:31) were her closest competitors.

Mandy Hepworth, Asda Foundation co-ordinator, said: “Congratulations to all the runners who turned out today to make the Asda Foundation Sheffield 10K such a success. The event has developed into wonderful 10K that does so much to raise funds for local good causes.”