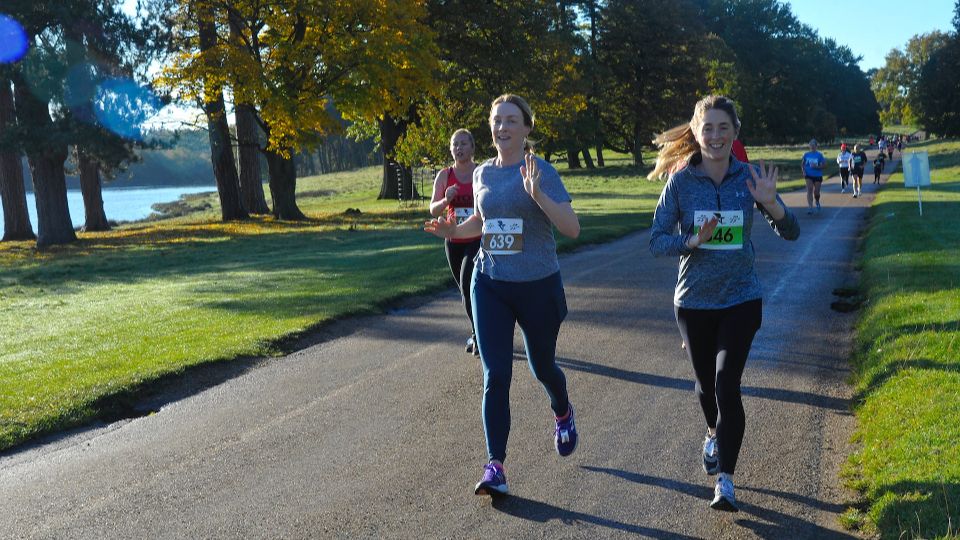 Runners were again full of praise for the organisation, the route and the weather.

Early morning mist gave way to blue skies and autumn sunshine at the Tatton 10K October (Sunday 11 October) as over 670 runners made the most of the conditions and the undulating course. It was also an opportunity to forget about the current climate and the rules and restrictions for a while.

The trial event in August showed it was possible to stage an event that was safe and satisfying. Working within the official guidelines to deliver a secure and enjoyable experience that people would be keen to repeat. This was followed by Chase the Sun Tatton 10K a couple of weeks later then Tatton 10K September.

Buoyed by the success of the previous three races, organisers RunThrough were confident ahead of Sunday’s event in the 10K series that saw an increased number of entries take to closed roads and paths around Tatton Park in Cheshire. There were plenty of club vests amongst the socially distanced field and the superheroes from Sale, a group of runners who during the lockdown, visited children, adults and anyone self isolating and/or shielding in and around their area. They were in dynamic form as they along with everyone else, ran around this attractive setting and received a special mention from the Race Director.

Christopher Gidlow of City of Stoke AC was the winner in 32:58 followed by Mac O’Malley of Trafford AC in 33:17. Matthew Kotara was third in 33:32.

Emilia Platt of East Cheshire Harriers won the women’s race in 38:25. Laura Barber of Sale Harriers Manchester was second in 39:23 and Laura Gray of Total Tri Training third in 40:26.

A full set of results can be viewed via the RunABC North website.