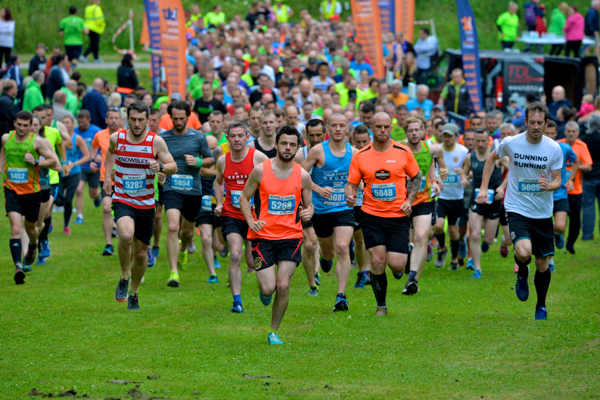 Heat Is On For The Tour Of Merseyside

This Sunday (1 July) will see the start of the sixth annual BTR Tour of Merseyside at which more than 456 runners will embark on an exciting 52-mile week long challenge in what looks likely to be some seriously warm conditions. The 7-day event comprises six separate races, beginning with Southport Half Marathon, where participants will be guests of Epic Events.

The brainchild of BTR race director Alan Rothwell, the Tour is a real runner’s event and has been a massive hit since being introduced in 2013. During its inaugural year, a modest 73 completed the race, with numbers more than doubling to 160 the following year. The Tour is now, without fail, an annual sell-out.

Following Southport Half Marathon, competitors will move on to a 6 mile multi-terrain run on Monday at Thurstaston, Wirral; 10 miles on Tuesday along the loop line from Walton Hall Park, Liverpool; 5 miles fancy dress on Thursday at Otterspool Promenade, Liverpool; 6 miles cross country on Friday at Stadt Moers, Knowsley; concluding with a 12 mile coastal and beach run on the Saturday between New Brighton and Hoylake, Wirral.

This year’s event features 16 original tourists, 12 men and four women, who have completed the challenge each year since its inception. As ever, there will be a strong core of club runners competing, with team members from Penny Lane Striders, Kirkby Milers, Liverpool Running Club, Warrington RC, Knowsley Harriers, BTR Road Runners, and Wallasey AC all participating.

BTR Race Director Alan Rothwell commented: “When we started the Tour Of Merseyside in 2013, we knew it was something special. The Tour has grown organically and each year sells out in record time – a real testament to how people feel about the event.

“It’s a week of running with incredible camaraderie; a platform for the Tourists to really challenge themselves across a variety of terrains, and a mental test of battling through to the next race. It’s a real highlight in the BTR race calendar. I applaud all past Tourists for trying something a little bit different, and I encourage everyone taking part this year to fully enjoy the experience, good luck.”