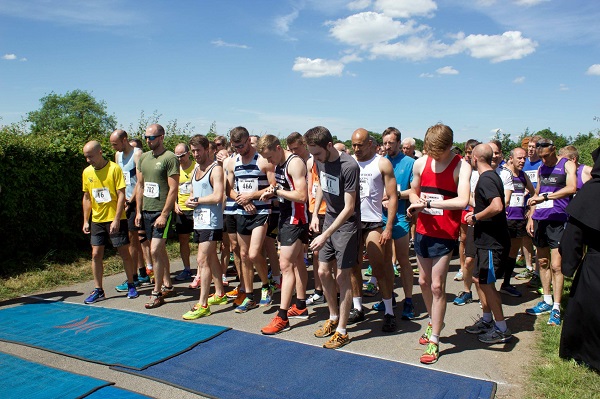 Down Down At The Harvel 5

There was unprecedented demand for places in the 20th anniversary Harvel 5 on Saturday (2 June) with all 800 places sold within 12 hours of entries going live on 1 January 2018. The little race with the big atmosphere was promoted with aplomb by Harvel Hash House Harriers amidst the clamour for number swaps, with hundreds of hopeful runners on the waiting list.

Warm, humid conditions greeted the 800 competitors who held the 'golden ticket' for a race number and the top three men celebrated by zooming round the superb out and back course at sub-6-minute-mile pace.

First back to Harvel village green after a dash through beautiful Trossley Country Park was Thomas Wright (Bexley AC, 27:35) with 23 seconds in hand from Chris Wiles (Cambridge Harriers, 27:58). A further 76 seconds elapsed before Jay Smith (Dartford Road Runners, 29:14) arrived to collect his jelly babies, water and a medal that doubles as a bottle opener!

Part of the attraction of this quirky race is the free beer served at the en route refreshment station but the 40 runners who finished in under 7-minute-mile pace were unlikely to have availed themselves of anything with a head on. The 35 minute marker was Malling parkrun organiser Brian Brooks, who was able to take part due to the unusual 2pm start time, having spent the morning tending to his flock of 170 parkrunners at Leybourne Lakes.

There are not too many races, with free beer on the course, that finish in the middle of a lively village fete, with home made cakes for sale at the Women's Institute stall. And with Harvel Hashers in charge there was the obligatory 'Down Down' at 3:45pm to celebrate yet another successful race! 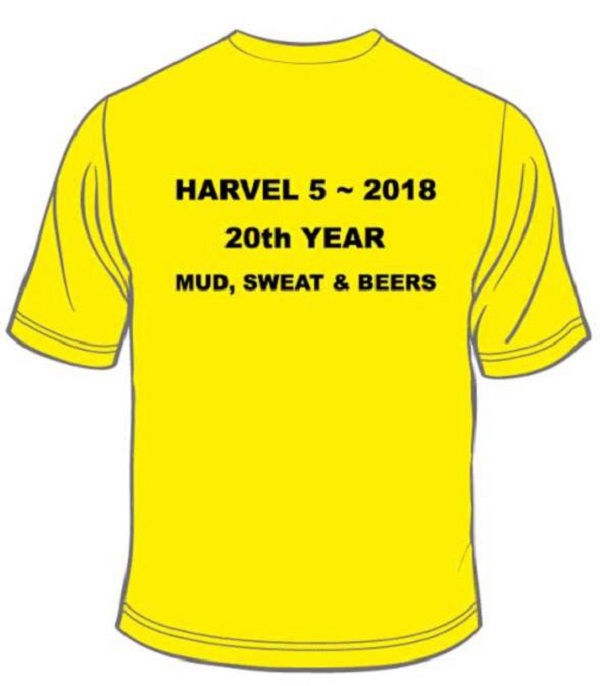