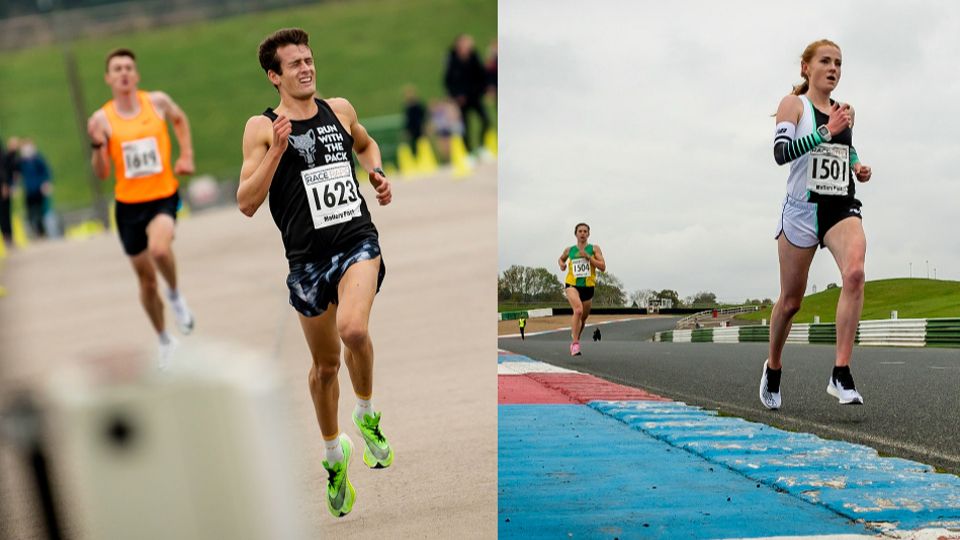 Running on full throttle at this high-speed race.

Athletes had their eyes on PB’s and prizes as they went flat out at the Race Rapid Mallory Park 5K Festival on Sunday 18 October. Perfect weather contributed to the success of this Covid-secure, competitive event that saw impressive performances and very fast times reflecting the talent on display.

This event was organised by Race Rapid Mallory and included the inaugural Leicestershire & Rutland 5K Road Race Championships. All the required safety measures were in place and with conditions that were dry and cool and a quality field; the stage was set for an excellent day’s racing.

It consisted of a series of 5K races that began at 9am and every 40 minutes afterwards with the final race at 3pm. Each race consisted of 30 athletes who were allocated into 5 waves containing 6 people - each group in a holding pen waiting to be called forward – that set off at 10 second intervals and spread out across the circuit in accordance with social distancing rules. They completed 3 laps of the Mallory Park Racing Circuit starting near the end of Edwina’s Chicane and finishing in the paddock area.

There was rapid racing indeed, in the men’s and women’s 5K’s with the winning time posted by Harry Leleu of Chichester Runners & AC who finished in 14:07, narrowly beating Chris Perham of Loughborough Triathlon Performance Centre (LTPC) who was second in 14:08. Seb Anthony of West Suffolk AC was third in 14:20.

Aimee Pratt of Sale Harriers Manchester was the fastest woman in 15:53. Sophie Coldwell of Charnwood AC was second in 16:10 and Cloe Hubbard of Newark AC third in 16:12.

The organisers thanked everyone who participated and Pure Performance Coaching and Titanium Race Timing for sponsoring the prize list. They are considering hosting a 10K using a similar format......