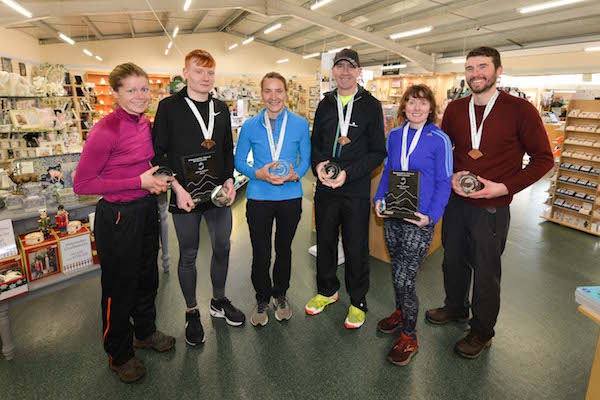 The winners of the 2019 Fochabers Triple Challenge race series have been crowned.

Top of the women’s podium – with the quickest cumulative time – for the second year was Karen Simpson. Simpson – who won the women’s division of all three races on her way to the crown last year – was nine minutes ahead of second-placed Heather Gardiner (Inverness Harriers, 2.19.01); third was Marianne Simpson (Spey Runners, 2.21.21).

Each race in the series featured a bespoke medal, designed by one of the members of the race committee as part of a three-part set. Runners who finished all three races earned the full set – and a chance to win the Fochabers Triple Challenge.

Their strategy has clearly been a success. All three races have been selling out each year, with participation increasing to 200 runners at Gordon Castle and 150 at each of the other two events.

"The medal set has proven very popular and been a big factor in encouraging return runners,” Bentley said.

"We’re already in the early stages of planning the series for 2020, and we’ll be continuing to try to keep the event as 'home-grown' as possible."