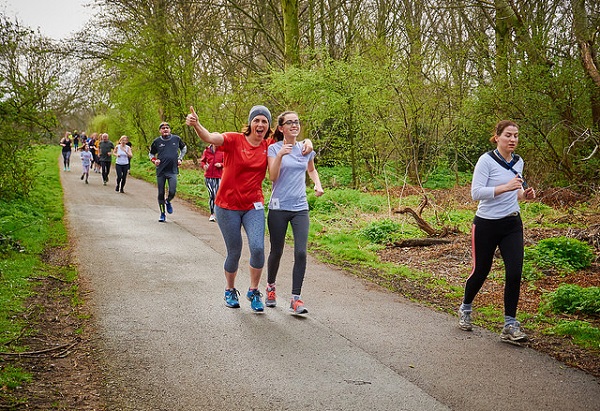 Flat is where it's at in this parkrun review

Earlier this month we highlighted Bevendean parkrun as one of the hilliest in the UK. By way of contrast, we now flag up three candidates for the title of flattest parkrun in the South of England, with the help of a recent parkrun news blog on the subject.

Flat and fast are not terms normally associated with parkruns, where the emphasis is on participation above performance. However, parkrun generates a wealth of performance related statistics and what is wrong with trying a flatter course occasionally to see if that parkrun PB can be trimmed?

Hackney Marshes is our first candidate for the title of flattest parkrun. Starting at the Hackney Marshes Centre, the out and back course features spectacular views of the facilities at Queen Elizabeth Olympic Park to inspire you to that best ever time. With 82 soccer pitches and a lovely stretch following the River Lea navigation channel the theme of sporting endeavour is inescapable. Hackney Marshes parkrun course records are 14:51 (Paul Martelletti) and 16:54 (Lauren Howarth) and the average run time is an impressive 25:45 after 426 runs.

Seaside venues can obviously host quick courses depending on the prevailing wind and Eastbourne parkrun is certainly one of the best in that respect. With 352 runs on the clock this is another venerable institution that started in January 2012. Chris Dodd (15:51) and Julie Briggs (17:59) are your fastest runners and the near 8,000 participants average 27:46.

Further south and west along the coast we call in at sunny Exmouth parkrun for a flat, out and back promenade course that yielded an excellent 14:21 course record for Jake Smith last Saturday (25 August) in the 35th run at this fairly new venue. Katie Synge (17:31) owns the women's best time and the average time is 29:17.

Of our three suggestions, Exmouth has the fastest overall record, while Hackney Marshes holds the women's best and tops the average time chart. Further investigations reveal that Hackney Marshes also boasts the best age-graded performance of the three as masters international W65 Ros Tabor ran 21:47 for a massive 97.4% on 5 August 2017!

So the unofficial prize for flattest, fastest parkrun in the south of England goes to Hackney Marshes